Barcelona’s Lionel Messi was crowned the Best Player in Europe for the 2010-2011 Season last night in a special ceremony that followed the UEFA Champions League Draw in Monaco. 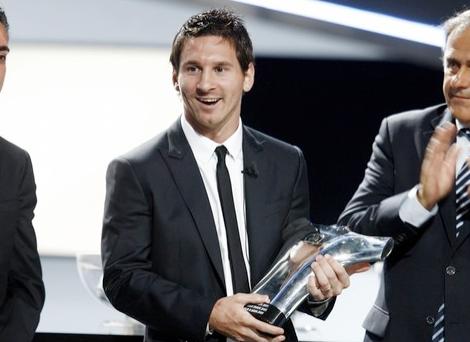 The Argentine is the current FIFA Ballon D’or holder, which is presented by FIFA to the World Player of the Year, and European Footballer of the Year, so another plaudit likely reaffirms Messi as the best player in the World at present.

Messi – who wears the adidas F50 adiZero football boots – staved off competition from team-mate Xavi and Real Madrid’s Cristiano Ronaldo to take the crown, with a result that left little in doubt.

Voted on the night by 53 journalists – one from each of UEFA’s national associations – Ronaldo was in third place in the final round of voting with 3 votes, Xavi took the runner-up spot with 11 leaving Messi with a ludicrous 39 votes – an overwhelming majority. 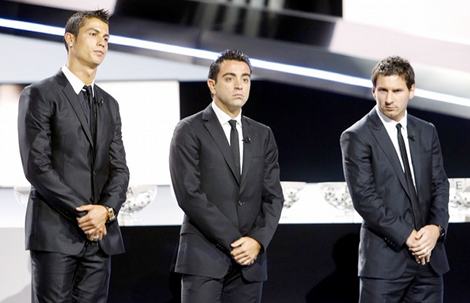 Messi took the time to thank his fans and those who voted for him via his Facebook page immediately after the result was revealed, reaching nearly 24 million fans!

The UEFA Best Player in Europe Award is an association football award given to the footballer playing for a football club in Europe that is considered the best in the previous season.

Is Messi a worthy victor?

Written By
Kyle Elliot
More from Kyle Elliot
Cristiano Ronaldo: The Movie? Ronaldinho's Samba-Robics? It can only be more Nike...
Read More