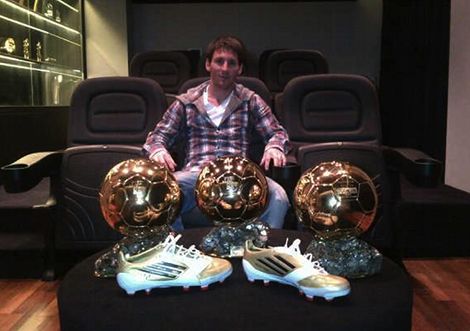 What does making football history look like? Oh, nothing special… 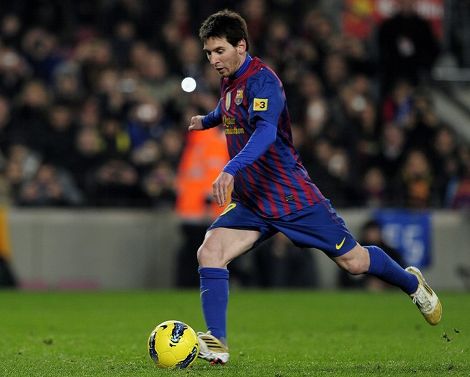 Messi himself was on target twice for the Blaugrana, netting once early in the first half and again from the penalty spot just before half time.

Despite the less-than-perfect winter pitch conditions at the Camp Nou, Messi stuck with the red-studded FG soleplate we’ve seen in all the promotional imagery for the boots. 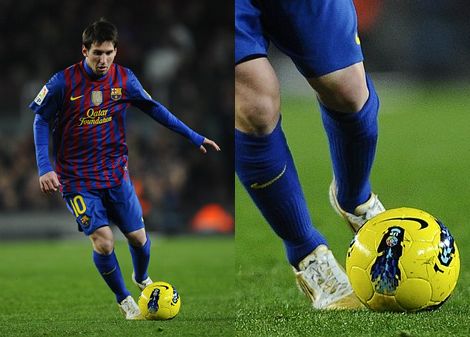 As only fitting for a game that saw Messi debut the Ballon D’or Gold F50 adiZero, the Argentina international also brought his Ballon d’or trophy onto the pitch to share with his beloved Barca faithful, after dedicating his latest World Player of the Year award to his fans in adidas’ latest viral video. 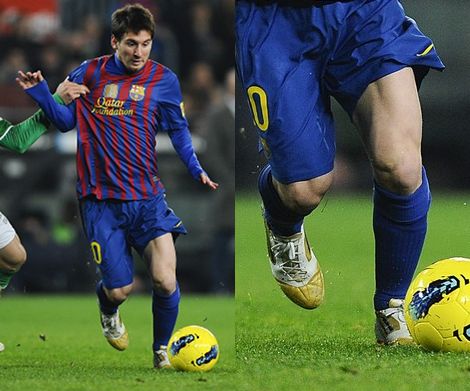 We reckon adidas have done a great job with this limited edition colourway – it’s just a shame we won’t be able to buy a pair!

What do you think to the Ballon D’or Gold F50 adiZero? Would these football boots look better without the red studs?