Nike are a great, great company. Great Boots, great kits, you name it. But they do have one, inscrutably bad habit. Having a clearly superior colourway play second chair to something eye-catching. Case in point: the stunning Mercurial Vapor VIII – Sail / Red / Soar! 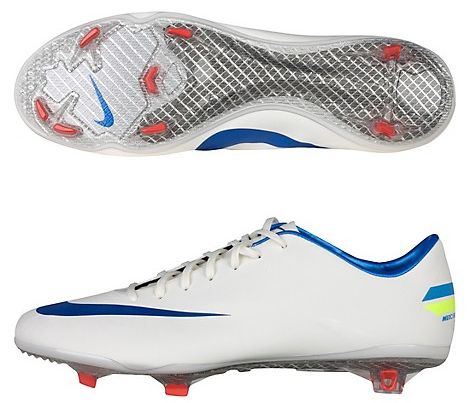 Reminding us of the clean-cut, two colour colourways that used to grace the likes of the Vapor III and IV, we’re far too excited over the arrival of the Mercurial Vapor VIII – Sail / Red / Soar.

Since their launch yesterday, we’ve had plenty of positive feedback on the new Vapors, with many of you enjoying the return to a more simplisting design from NIke – something perfectly accentuated by the Mercurial Vapor VIII – Sail / Red / Soar‘s colourway. 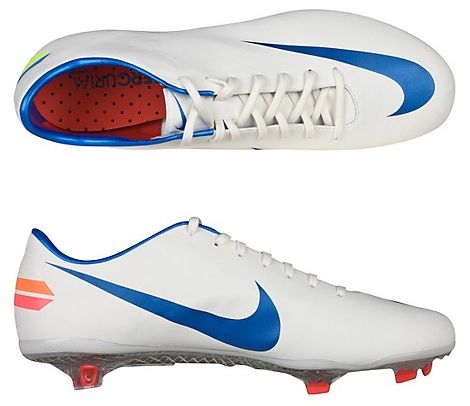 Whilst we’ve seen plenty of top stars taking up the new Mango / Dark Grey already – including Cristiano Ronaldo, Mesut Ozil and Luka Modric – we’re yet to see anyone unbox these beauties, and we’d have to guess that they’ll receive limited on-pitch support.

For those that missed yesterday’s reveal of the new Mercurial Vapor VIII, the key changes from the Superfly series include a redesigned upper, using a new suede-like Teijin synthetic for superb feel on the ball, whilst Carbon Fibre makes way for a single-piece Tepex Glass Fibre soleplate.

Flywire is also gone, giving a renewed focus on a better out-of-the-box fit that is said to be snugger and more pliable than it’s predecessor. 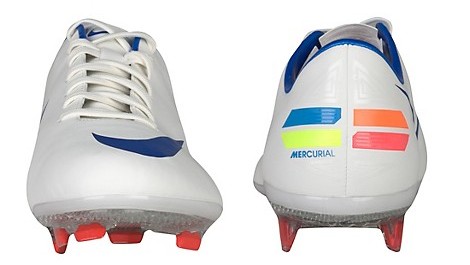 Weighing in at 187g (FG version) and costing around £129.99/$220 US, we think Nike are on to a winner – but how do you think this colourway stacks up to the Mercurial Vapor VIII‘s other launch colourway?