When it comes to speed boots, the Mercurial Vapor is literally one of the first names in the category, having redefined football footwear in 1999. But between the over-spec’d Superfly range and the  rise of the adiZero, is the Mercurial Vapor VIII enough to put Nike back in pole position? We find out in our review… 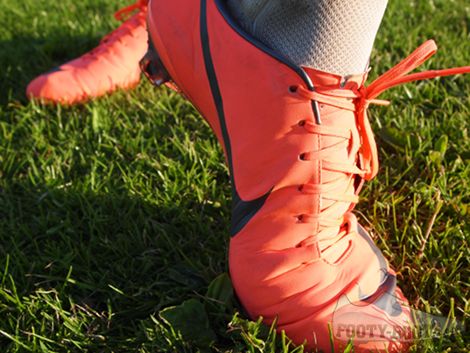 Straight out of the box, zero complaints. Yes, on a Nike Mercurial.

No ‘water-trick’. No putting them in the oven. No meeting the devil at the crossroads and bargaining that 90 mins in your new Vapors would leave your feet blister-free.

Ditching the support aspect brought in by the Flywire on the Superfly have allowed Nike to create one of the best (if thinnest) synthetic uppers currently available. The Mercurial Vapor VIII is more a ballet slipper than a cleat, and the shape of the boot gives a wonderful snug feeling that makes you feel like you can do just about anything with the ball.

If there’s a catch, it has to be how narrow they are – especially in the midfoot. If you’re wide-footed, consider half a size up. 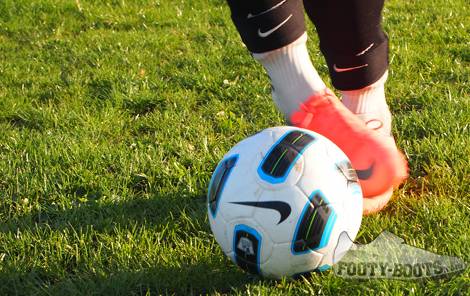 Opting for a suede-finish-microfibre Teijin over the previous upper have given Nike a more responsive boot, that moves and flexes more readily than the stiffer, more supportive Flywire-enhanced versions of previous models.

It’s like playing in socks with spikes, and as I mentioned before, you feel supremely confident on the ball whilst wearing them.

Whilst they do hold up well in the rain and wet, they’re not as good as a ‘proper’ leather – though that seems like something Nike are keen to remedy – as the new Clash Collection colourway and Nike iD versions of the Vapor VIII apparently boast a ‘leather-like’ finish. 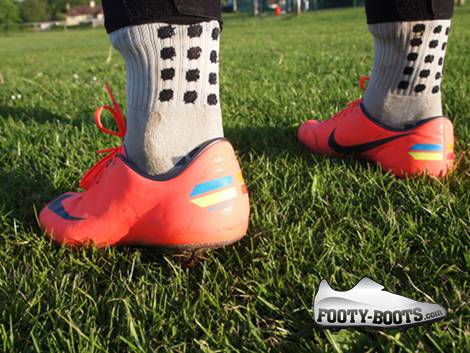 I’m going with a middle-of-the-road three for the new Mercurial Vapor‘s looks, as I don’t think they’ll be to everyone’s tastes. On one hand I’m glad to see the back of the large graphics that dominated the heel and midfoot of the Vapor 6 & 7, however, I do think the tick on the instep is a tab gaudy.

I’d rather see a symmetrical Tick on each side of the laces (a lá the Tiempos), or just the big tick on the toes (like the Vapor IV). 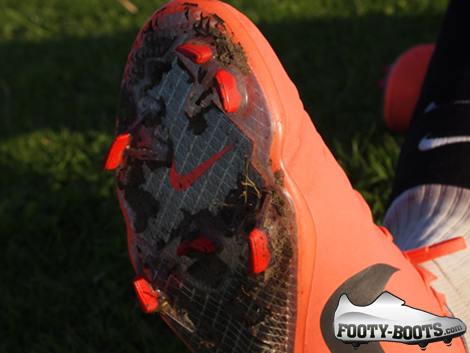 Well – it couldn’t get an entirely smooth ride, could it?

What the upper gains in just about every other department, it loses in it’s ‘clean-ability’. No matter what surface you’re playing on, the Vapor VIII will get scuffed. No, that’s not ‘if’ – it’s a definite ‘when’.

Whether it’s firm ground, the touchline markings or another boot, when the VIII‘s get scuffed, I can’t seem to find anything (hot & soapy water, shoe cleaning products, nail varnish remover) that’ll get them back to their best. Though I have heard a ‘Magic Eraser’ works quite well, I haven’t tried it yet. 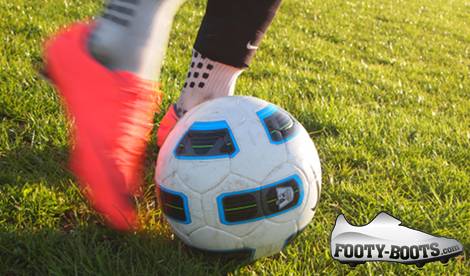 After the sense-studs, FlyWire and other technical gadgetry of the Superfly, there’s a wonderful purity about the Mercurial Vapor VIII‘s performance.

Centred lacing, no ‘power’ or ‘accuracy’ elements, the Vapor VIII‘s are designed to be quick, and that’s exactly what they are. They – like other Vapors – also have a surprising ‘pop’ when you catch the ball with them. The combination of a thin upper and well-designed soleplate add a level of zip to strikes that will take any Vapor-newbies by surprise.

Many will likely have concerns on the soleplate, but from testing them for two months now, I’ve not once felt unsupported or in danger of snapping them on 4G turf, firm ground or recently-rained ground.

Compared to the Superfly, I’d give them 6/5!

But as I’ve said before, the industry ‘average’ at the moment is around the £150 mark for ‘top-end’ boots, and given that their RRP is exactly that, and you can now pick up either of the launch colourways from £111.99 – depending on your size – these fall into the ‘above-average’ bracket for value. 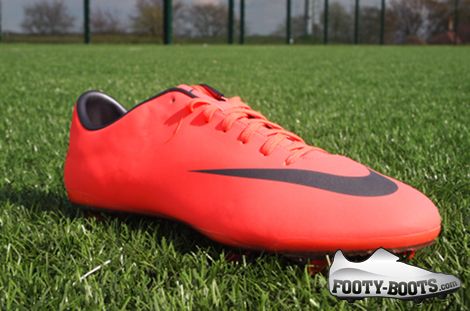 If I could rate these boots based on performance alone, they’d be pretty close to perfect.

Nike have performed a remarkable turnaround on their ‘speed’ silo, and have made them super-comfortable to boot; Speed-Freaks rejoice, your boot has most certainly come in.

However, as they’re tough to look after, you have to question whether they’ll last a full season of training and playing for most players – so we have to draw that into question.

We’ll still be playing in them over the season – and if any question marks over their durability come up – we’ll be sure to let you know!

Written By
Kyle Elliot
More from Kyle Elliot
Casillas, Muller and Forlan receive their plaudits in the form of gold...
Read More