Following on from more-or-less every Vapor wearer at Real Madrid, Brazilian wonder-kid Neymar is the latest Nike football boots-endorsee to wear the new Mercurial Vapor VIII! 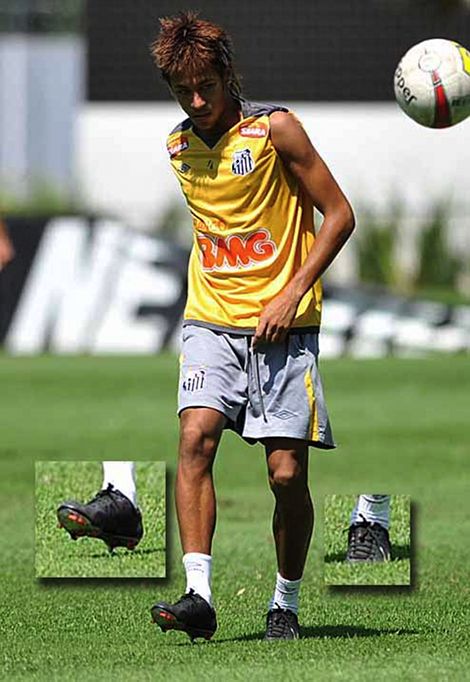 Santos forward Neymar broke out the newest entry in Nike’s legendary line of speed boots as the Brazilian club took to the training pitch yesterday ahead of their home match against Ituano.

The 19-year-old seemed suitably impressed with his new footwear, performing his full array of tricks and flicks – including some seated kick-ups that were particularly remarkable! 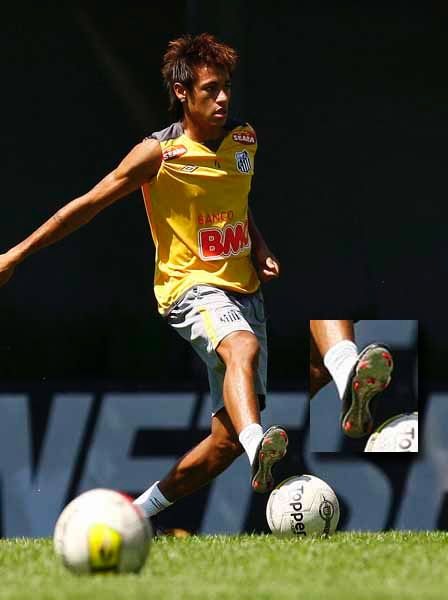 In comparison to the Hybrid-SG model we’ve seen Cristiano Ronaldo take a particular shine to in Europe, Samba-star Neymar has been given a pair of the new FG Mercurial Vapor VIII to try out on the sun-baked pitches of Brazil.

Once again these shots give us a great look at the new glass-fibre soleplate on the Mercurial Vapor VIII, replacing the expensive Carbon Fibre of the Superfly series.

The new stud layout also is of particular interest; the asymmetrical system puts more of a focus on acceleration and support in the forefoot – with studs under the very centre of the forefoot, big toe and the minimal use of studs under the heel the biggest talking points. 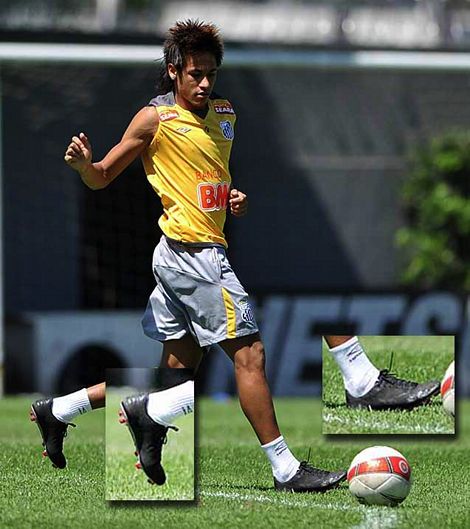 As always, it’s impossible to see a picture of the new Mercurial Vapor VIII and not comment on how good the sleek, minimal upper looks on these new football boots.

With such a moulded, low-profile fit there’s good reason why so many speed freaks are getting hype over this new ‘back-to-basics’ approach from Nike!

Thoughts on how the new Mercurials are shaping up? Concerns over the unorthodox two-stud heel? Worries that Neymar’s new ‘Rufio’ look is going to catch on with the whole Santos squad?

Written By
Felipe
More from Felipe
The Australian goalkeeper picks up this week's award as he keeps Fulham...
Read More