As Nike gears up for the release of the new Mercurial Vapor VIII, we’re starting to see some of the biggest stars in football prepare for their release by hitting the training pitch in blacked-out prototypes.

So, we thought we’d take a closer look at some of the better pictures to come out of this week’s wintery training sessions, to see who’s ready for the switch and what we can learn about Nike’s upcoming release! 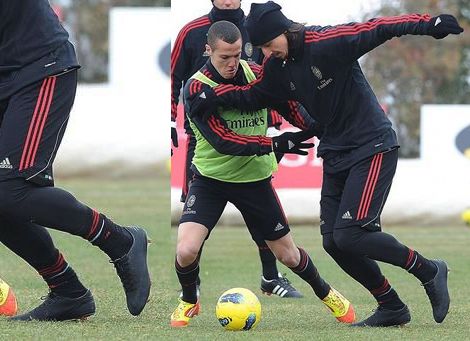 Nike like to make sure their boots are tested in all conditions, and big, Swedish front-man Zlatan Ibrahimovic is certainly making sure the Mercurial Vapor VIII performs to his high standards as record-low temperatures gripped Italy.

This great shot shows that smooth upper that so many football boot-fanatics are looking forward to, as Nike looks to put Flywire on the back-burner – at least for now! 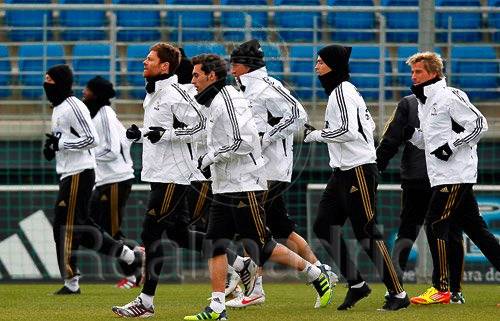 Two of Real Madrid’s deadliest player have made no secret of the fact they’re testing the new Mercurial Vapor VIII, with Ozil even going as far as to post a teaser picture on his Facebook page!

Both players have been playing in a hybrid Superfly III/Mercurial Vapor VIII during matches for Los Blancos, but prefer to use the blacked-out VIII’s in training. 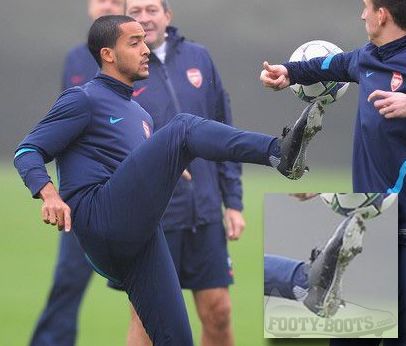 We’re going into the archives and cheating a little bit, as this photo actually comes from late last year.

But, we thought it was worth including as it shows perfectly all the little tweaks and changes Nike have made based on player-feedback over the last few months. Especially when compared to the version currently being worn by… 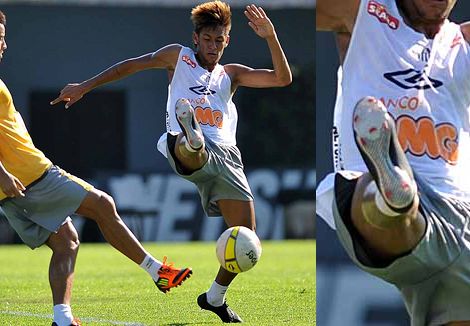 We know it’s only been a couple of weeks since we spotted the Brazilian Rufio in Nike’s newest cleats, but we thought it was worth revisiting Santos as Neymar’s Mercurial Vapor VIII seem to be carrying some interesting stand-out features.

Firstly, this image shows off the external arch support that we’ve only recently been able to see on these black-outs. We can only imagine that is designed to make the boots more durable and supportive for top-level players.

Next, the top shot shows something attached to the soleplate of Neymar’s Mercurial Vapor VIIIs.

Whilst it could be some sort of sticker that’s not been properly removed, all this recent talk of Nike’s answer to adidas’ miCoach system started to get us thinking Neymar might be one of the first Nike athletes to be asked to test something that attaches to the sole to measure performance metrics.

We’ll leave the guessing up to you guys! 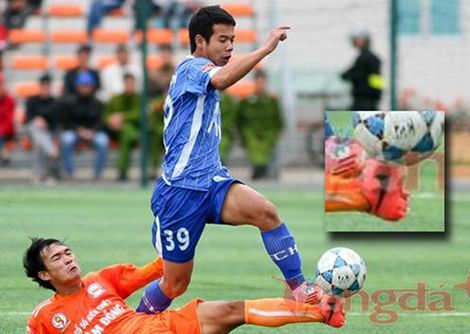 Finishing off, we’ve got this unusual sighting from Vietnam!

Whilst this might look like the finished article, some of our Facebook fans suspect these might be imitations of the real Mercurial Vapor VIII, so we’ve got no way of knowing whether they’re reflective of the finished product!

Who else have you seen testing the Mercurial Vapor VIII? Let us know in the comments!

Special thanks to Sean C., Shakib A., and DDChile for submitting these images to us via our Facebook!

Written By
Felipe
More from Felipe
Check out the extended version of Puma's latest 'Love=Football' ad, and tell...
Read More