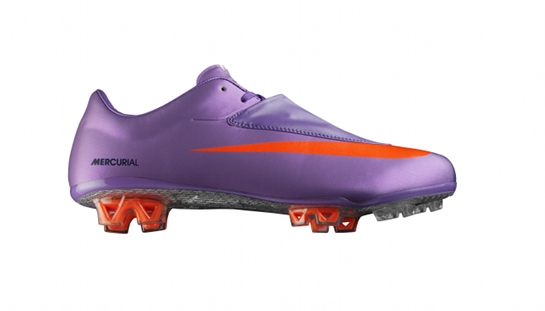 After 5 days of sheer confusion, with every website on the planet telling a different story, we received further communique from the US brand this afternoon stating the facts over their new release. Here’s some of what they had to say:

It is clear there was some confusion on the exact specifications of the new Mercurial Vapor VI due to the conflicting images in the marketplace. One thing is certain; like all Vapors before it, this new boot was designed and engineered with some of the fastest players in the world and continues to push the boundaries of innovation, whilst remaining incredibly light and responsive. These are definitely among Nike’s most advanced products to date and are built to assist explosive acceleration.

It seems that different prototype samples were shot; one with Adaptive Traction and the other with a Flywire upper.

Bottom Line: No Flywire, No NikeSense Stud. I bet some of you wish Nike had stuck with the last two prototypes, don’t you?!

Written By
Felipe
More from Felipe
Under the impression that mass advertising of football boots is a relatively...
Read More