The Vapor V is one of the popular football boot releases of the year. Here’s four colourways set to hit football pitches worldwide.

Already on sale is the Mercurial Vapor V in Orange, Abyss and Silver (the orange one) in Abyss, Orange and White (the purple one) and most recently the Black & Voltage Yellow.

The Mercurial Vapor V is built around Nike Flywire – a revolutionary construction method that uses super-light filaments to help make the Vapor V strong and light.

Weighing in at just 230 grams, the Vapor V features an ultra-light Teijin synthetic upper that adjusts to the shape of your foot for total comfort. And its carbon composite outer works with direct-injected studs to race-tune your acceleration.

As you will see in the image, it is used in the medial section of the Vapor V, which helps the upper conform better to the shape of your foot, whilst offering extra support. 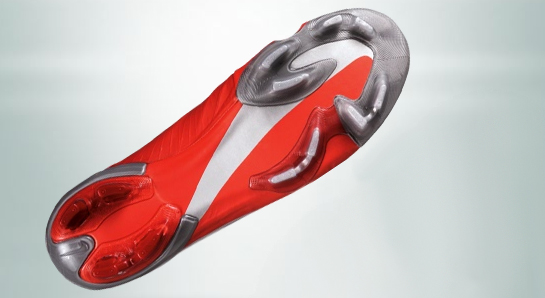 The stud at the toe end of the Vapor V is designed to give grip whilst twisting and turning at high speed.'  Nike call the studs ‘direct injected’ and the stud configuration should help your traction and penetration with the surface. 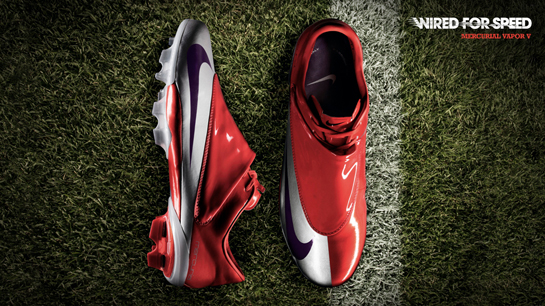 2004 – Thierry Henry gets in on the act by joining Ronaldo as they launch the Vapor II.

2006 – Featuring Tejin microfibers, the Vapor III comes out out in white and gold.

2008 – A massive year for the Vapor IV as no less than 10 colourways are released including the infamous Pink Berry.

Written By
Felipe
More from Felipe
Nemanja Vidic is likely to be fit to face Chelsea at Stamford...
Read More