One of the ‘big deals’ in the world of football boots, there’s very few who don’t sit up and take notice when a new Mercurial hits the shelves.

And the Nike Mercurial Vapor IX has more piled on it’s shoulders than usual; after the vast improvement that was the Vapor VIII, how will Nike build on that success?

We took a pair of the Neptune Blue / Tide Pool / Volt to the pitch, to find out. 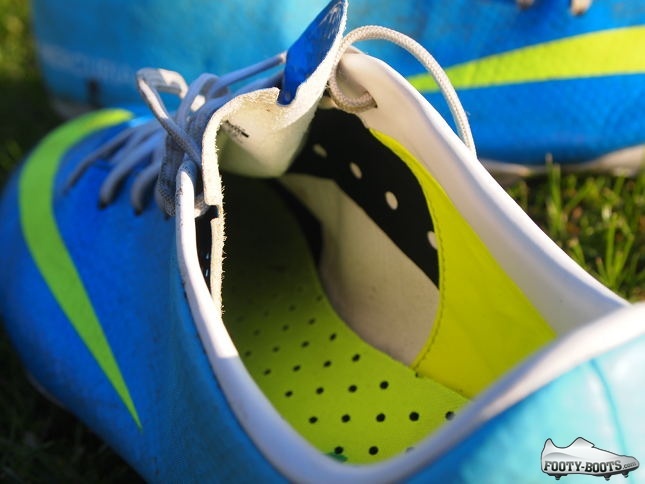 One of the areas Nike did improve when building the Vapor IX is in the break-in. After the Vapor VIII set a new standard for out-of-the-box speed boot comfort, Nike have been careful to preserve this despite a change in upper material.

The internal lining of the heel and quarter are all but frictionless – which might not be for everyone, but it certainly results in a flawless break in.

Even the re-enforced internal structure adds to the comfort factor, pulling the upper close to allow it to shape to the form of the foot. 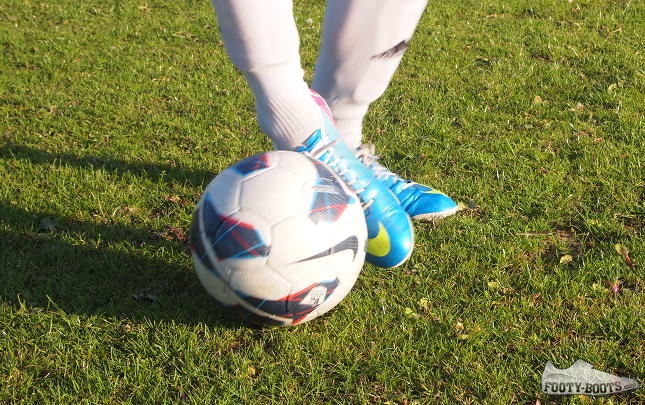 Despite the addition of the Speed Control Texture, I can’t help but feel that the Mercurial Vapor IX‘s upper is a step down from the suede version on the early Vapor VIII’s.

However, given that version’s propensity to scuffing and durability issues, it’s not hard to see why Nike needed to opt for something more durable on the Vapor IX.

Throw in the All Conditions Control coating for wet-weather play, and Nike just about restore parity in this department.

Another divisive boot from the swoosh, the Vapor’s predilection for bright colours and bold design already gives it that ‘love it or hate it’ quality.

Throw in the huge branding on the heel and you’ve got a boot that has a serious flash-factor. When you take a pair in hand, though, it’s hard not to enjoy the unique look afforded to it by the dimpled upper. 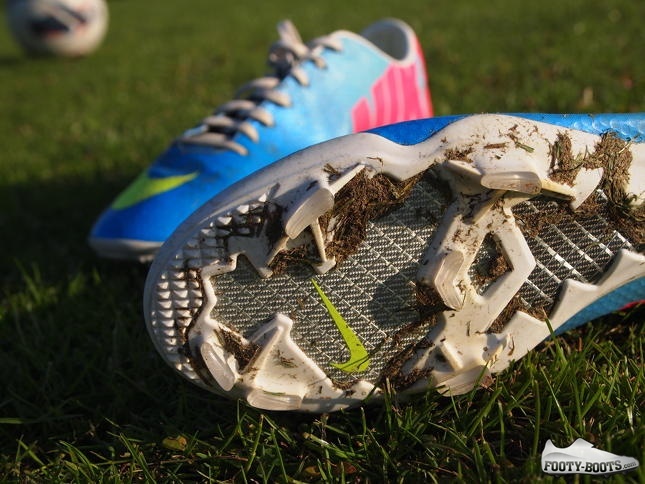 Whilst our Vapor VIII’s are still going strong (aside from an unholy amount of scuffage), there were plenty of reports surrounding the last Vapor’s durability.

Here on the IX, it looks like Nike have aimed to address all of them with the new design; the upper is far easier to clean, and the contact point between sole and upper at the toe has been reenforced in the name of longevity.

Even the FG studs have also been rounded off at the corners, to stop them catching on very firm or artificial turf as easily. If it weren’t for the white soleplate and laces, we might have been tempted to up the score a little! 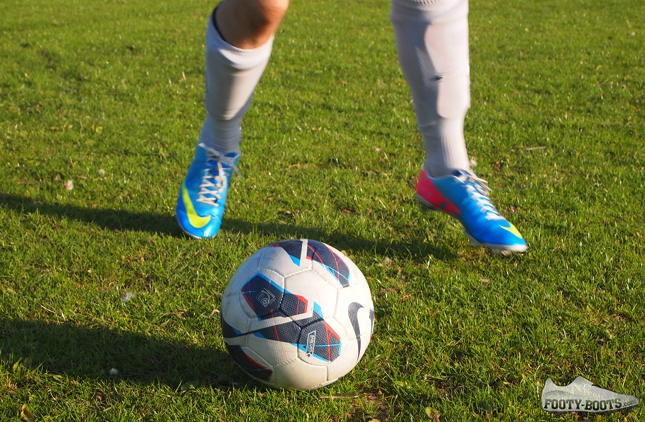 It’s hard not to feel a jolt of confidence when you lace a pair of Vapor IX’s up for a game – the thin upper and flush fit make contact on the ball enjoyable across the foot, with laces-first strikes particularly satisfying.

Nike’s decision to opt for a dual-density soleplate has also paid off, with the front of the boot responsive and supportive with every movement of the toes.

Despite sticking with the two-stud heel that worries many, the traction afforded by the FG plate is as good as you’d expect from a Vapor. 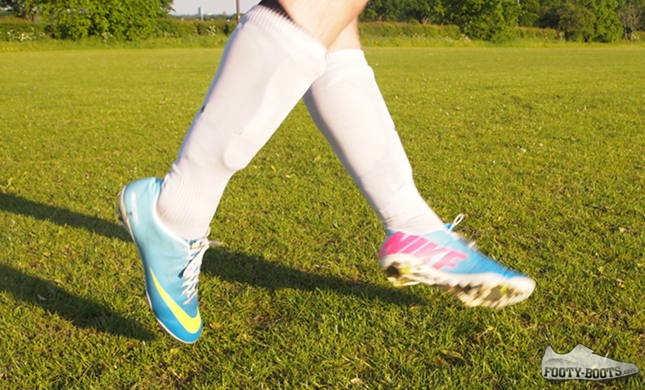 Setting it’s stall out at £160 or £170 for the SG-Pro version, Nike are pricing themselves above what I think is the market average of £150.

And whilst the Mercurial Vapor IX is a great boot – and if you love speed boots, a spectacular boot – there’s not a lot of value-add (like adidas’ miCoach or the old NikeFootball+ codes) besides a neat draw-string bag. 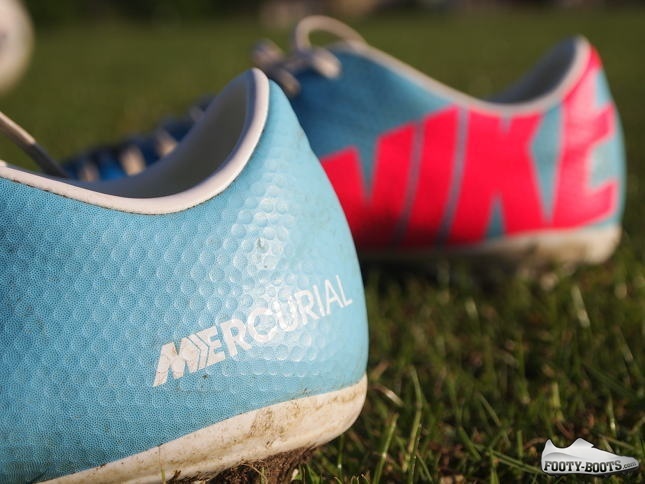 Not the revolution that the Vapor VIII brought to the table, Nike have instead refined that formula on the ninth edition of their now-flagship boots.

Creating a more responsive, comfortable and – most importantly – durable cleat based on the blueprint laid out by the Vapor VIII is just about worth the Vapor IX‘s price of admission if you’re a Mercurial die-hard, but we’re hoping Nike pull out something truly mind-blowing for the inevitable Vapor X.

Written By
Kyle Elliot
More from Kyle Elliot
Titles were decided (and all but decided) across Europe this weekend, so...
Read More