Memphis Depay joined Manchester United from PSV Eindhoven in 2015 for a fee of £26m. At PSV he was the top goalscorer and was being billed as the next big thing from Holland. However, since joining Manchester United his form has been inconsistent and he is yet to fully convince the Old Trafford faithful that he is worth his transfer fee.

Aged just 22 and still in his first Premier League season, time to become an Old Trafford star is on Memphis Depay’s side. Despite some in the media doubting his work ethic, when Scott met up with Memphis to discuss his training methods, he sounded determined and focused to succeed in Manchester.

“Football is a sport where an entire game, year and career can change in a split second,” said Depay. “To prepare for those moments, I have to sacrifice the now to focus on the future, to train relentlessly knowing that when the moment comes, I’ll be ready.” 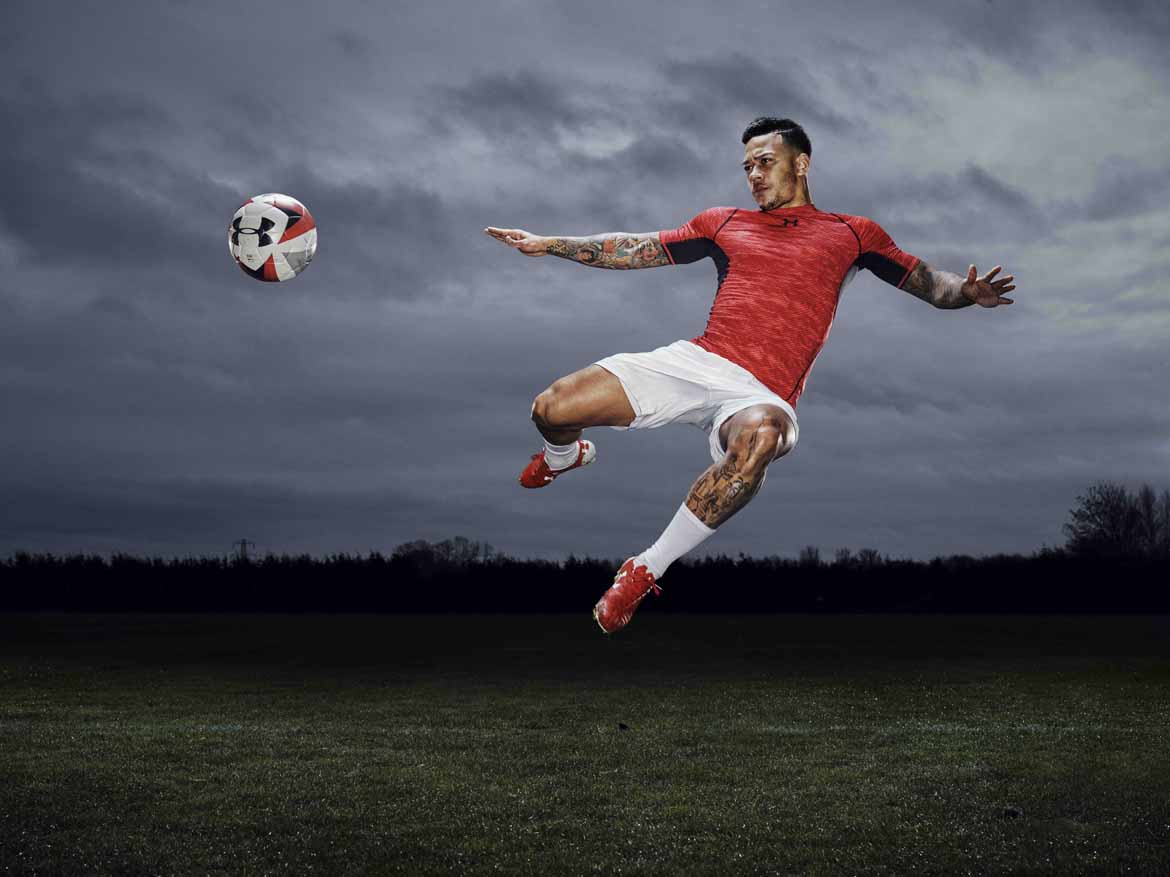 Like many others who come from abroad to play in the Premier League, Depay’s first observation of life in England was that Premier League football is very physical, quick and intense.

Lucky then that Memphis is quick and strong. However it is not all natural, Memphis has to train for speed, for his quick feet and he spends hours practising on his finishing.

Surprisingly, although he has a stocky frame he tends not to work on weights in the gym, but rather focus on good core strength and this fast movement in his legs. 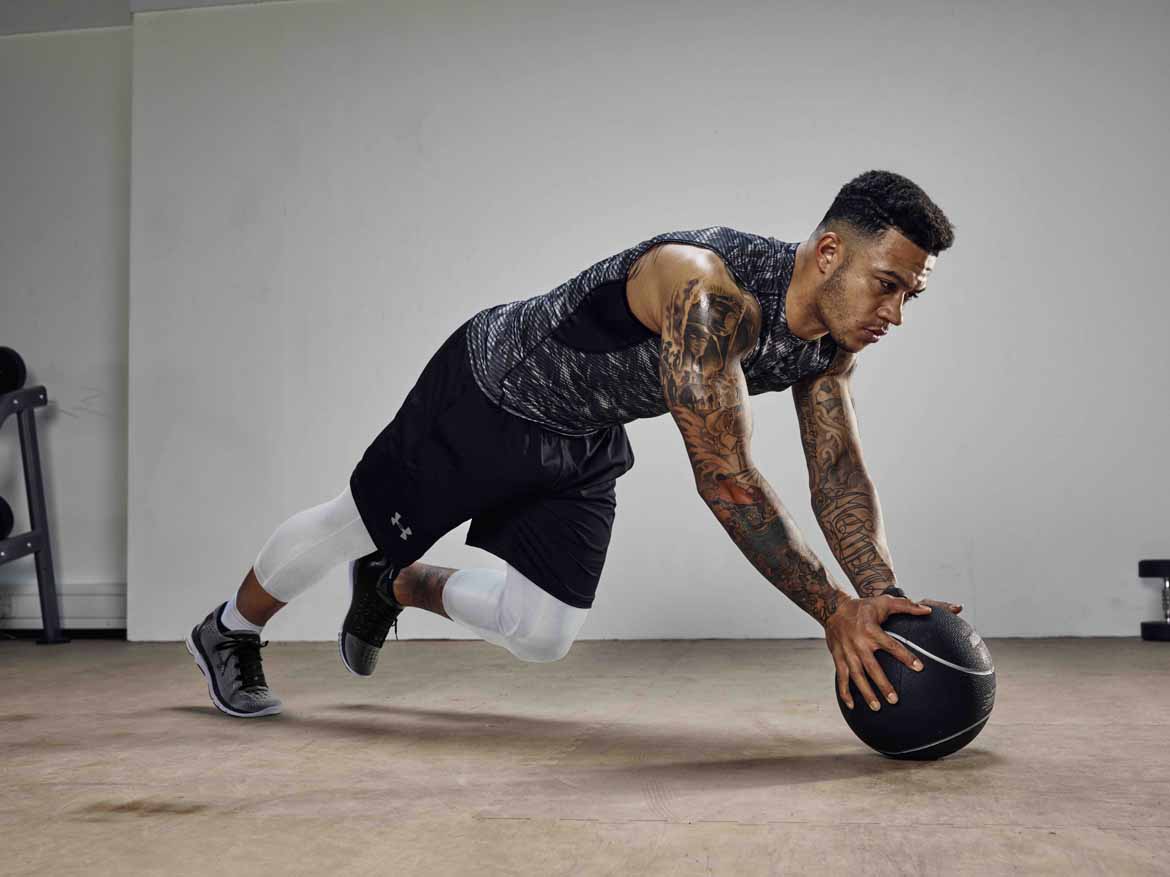 It’s not just physical, but also mental speed that you need to succeed:

“You can be a fast player but you need to be smart with your movements and have good timing of your runs and be clever when to sprint and get into scoring opportunities.”

His football boot and training wear sponsor backed this up with an interesting statistic; Under Armour stated that there are 49% more sprints in the game now, compared to four seasons ago. Although the distances players cover in a match is the same, there is a 50% increase in high intensity sprints. So speed is on the increase!

Asked what his favourite skills are for speed, strength and agility he picked the following:

Speed – Memphis works with a machine which puts weight on his ankles when he sprints, this additional ankle weight develops his muscles and movement which pays off when he is sprinting without weights in a match.

Strength – At 15 years old he started to do bench presses to gain upper body strength. He limits this now his body is developing to prevent putting additional weight on.

Agility – Memphis loves to work with the ball doing quick turns, using the outside and inside of his feet. He also works on his finishing skills with a quick first touch to get the ball out from your feet, for a chance to shoot.

Training in mid-season can be limited due to the heavy schedules in English football, take this week; Memphis played on Monday in the FA Cup, Tuesday was a rest day. On Wednesday he had a very low key training session as he played in the Europa League (scoring) on Thursday, Friday is a rest day and then very light training on Saturday ahead of Manchester United’s fixture against Arsenal on Sunday.

To recover from this heavy schedule, after a match Memphis will go to the gym and swimming pool to work on movements in his legs. He stretches muscles and works on flexibility. The dreaded ice bath is also an option.

He doesn’t complain about the schedule of fixtures, in fact Memphis says he enjoys playing back to back games; “I could play games everyday”, he says.

Finally, it’s not all about speed and strength, Memphis also finds time for practicing free kicks, of which he has a good scoring record. His secret? He likes to use the inside of his foot if he is close to goal and has been practising the knuckle ball technique recently.

Memphis Depay was speaking at the launch of #RuleYourself, the 24/7 training campaign on ‘what you do in the dark that will put you in the light’. For more information, follow @UnderArmourUK.