After months of speculation and much guesswork from fans, Warrior Football have finally revealed the Premier League star who will debut their new Skreamer football boots in England’s top flight: Marouane Fellaini! 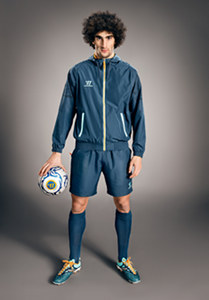 A big signing for Warrior football in every sense of the word, the titanic Belgian midfielder has shown himself to be a truly world-class talent for Everton over the past two seasons, with fans and commentators alike often purring over his aerial prowess, long-range power and exceptional skill.

The deal looks additionally savvy on an international level, too. Belgium are currently one of the most talent-packed squads in Europe and could be a force to be reckoned with by the World Cup in Brazil in 2014.

Boot-spotters and fans of Warrior Football’s new range alike will be pleased to know that Fellaini will be lacing up the Skreamer for the first time in one of Everton’s toughest tests so far this season, as Everton face up against Manchester City match today at 15:00 BST. 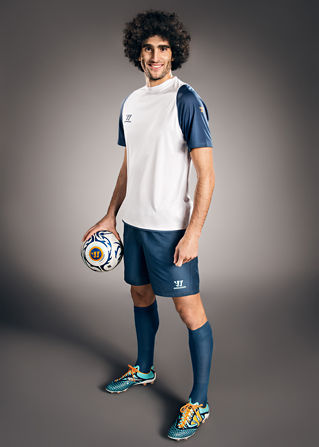 Currently one of the Premier League’s most prominent players, the 25-year-old powerhouse has carved an impressive on-pitch career since moving from Belgian side Standard Liège to Everton FC in 2008. With Everton FC currently flying high in the top five of the Premiership, Fellaini is helping to spearhead the Club’s re-emergence as a Champions League contender.
Fellaini says the decision to partner with Warrior was an easy one.

“I chose Warrior because my approach to the game and desire to win is the same as theirs,” said Fellaini. “It’s a brand that does things differently to the others and I really like that. We are a great fit and I’m excited about the chance to influence a new generation of young footballers alongside Warrior.”

Ben Haworth, global sports marketing manager for Warrior Football, describes the partnership with Fellaini as a landmark in football history.

“For Warrior to sign one of the most exciting and talked about players in world football is an incredible coup,” he said. “Fellaini possesses everything we look for in a Warrior player; he’s got flare, he has incredible power, he takes risks, he changes the game – there are only a handful of players left in the sport that can truly do that. We’re proud to add Marouane to our artillery.”

Haworth says there is more to come from Warrior, with further team and player announcements to be made over the coming weeks.