Fellaini was amongst the first group of players to wear New Balance football boots when the brand officially threw their hat into the ring way back in February 2015. So as he’s been wearing the Visaro football boot for as long as anyone else, we thought he’d be an ideal candidate to talk football boots. 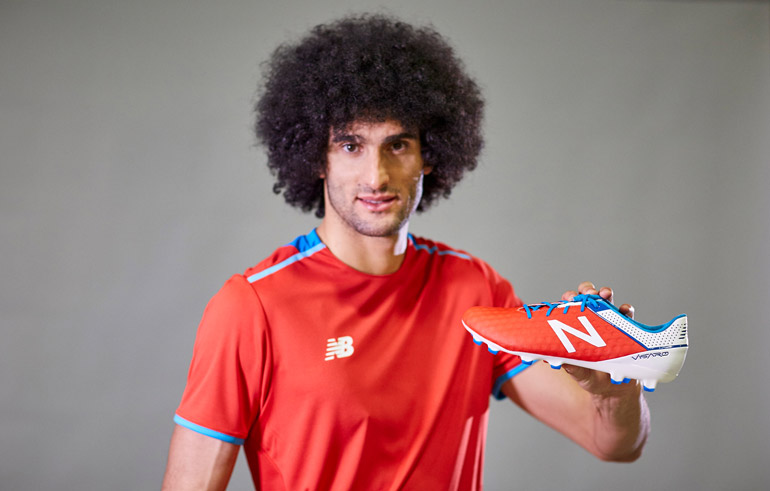 Do you get excited when you hear that New Balance are releasing a new colourway for their football boots?

Yes it is always nice to wear a new pair of boots, with a new colour and a new style.

When you take out a new pair of boots at the club, do your teammates like to get hold of the boots and take a look too?

Yes of course. Each time any of us bring out a new pair of boots the other guys in the team will check out the colours of the boots and the quality of the material. Everyone wears different types of boots from a range of brands, so it is always of interest to everyone when one of the guys wears a brand new pair of boots.

Are there any boot nerds, guys that are really into their football boots at Manchester United?

Yes, I don’t think there are just a few people in the team who take a big interest in the boots. The whole team is curious to see the look and feel of the boot. So again I don’t think there is one specific person to pick out it seems to be a general thing that all the players are excited by new boots and new colours introduced

Have you given any specific boot feedback or requests to the NB development team that you have seen introduced on the Visaro?

Of course, I tell New Balance regularly things that I like about the boot in terms of the material and performance. Hopefully when I do this it benefits me and the brand for the future. I feel as though it is important to give feedback to the brand as it is the player who directly benefits from asking for any alterations to the boots or keeping certain things the same. 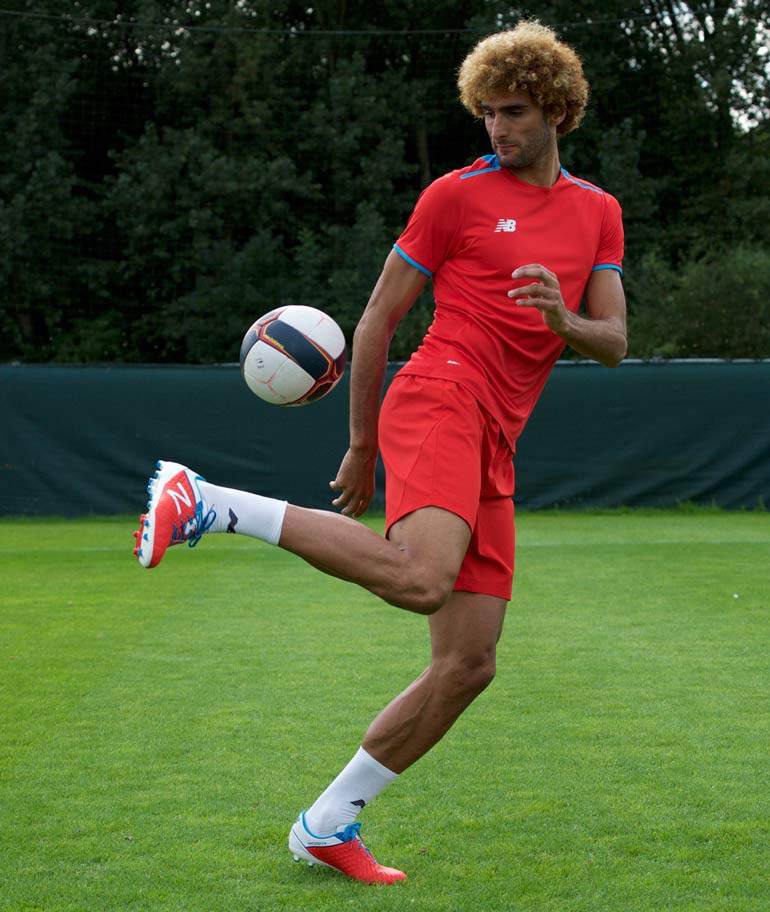 Do you wear the same pair of boots for training as you do on match days?

Yes, I normally train in a new pair of boots twice before a match. This helps me to better mould them to my feet before a game day. I normally have two pairs of boots with me at all times during training and interchange them, but yes the boots I train with I will most likely wear on a match day.

How many games do you normally wear each pair of boots for?

It varies sometimes from week to week but I would say that normally every 3 games I will change the boots.

What do you do with the boots when you’ve finished with them?

Normally I will sign the boots and then offer them to a charity or an organisation. Most commonly I will give them to the Manchester United foundation for any auctions they may be having.