After the rapturous reception the Nike Magista received upon its big reveal last week, any players wanting to get their feet into a pair of the Swoosh’s revolutionary FlyKnit football boots now face a lengthy wait, with pre-orders not opening until April 29th.

One player who won’t be facing that, however, is Bayern Munich’s Mario Gotze. The German international played a key part in the development of Nike’s new cleats and will join Andres Iniesta at the forefront of it’s launch campaign.

Making the switch from the Mercurial Vapor line is something that has clearly been in the Pipeline for Gotze; the attacking midfielder has been heavily involved in playtesting the new Magista' and has helped shape these new football boots with his feedback.

“When I played in the boot for the first time, I was super excited. I never expected the feeling that the boot gave me” – Mario Gotze 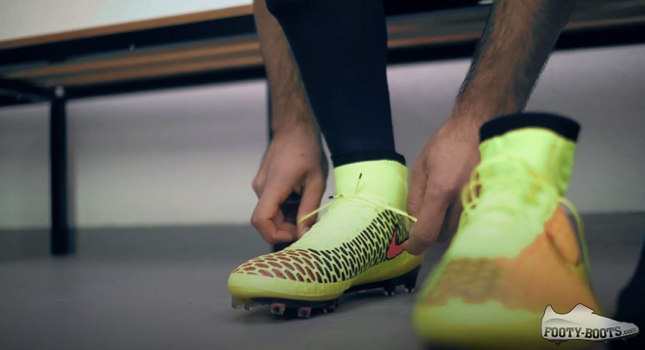 The former Borussia Dortmund man admitted he’s been following the development of FlyKnit for a little while now in Nike’s running and basketball lines – and given his involvement with the Nike GS2 in 2012, we’d like to think that Gotze is a bit of a football boot and equipment fanatic, too.

With a debut of the Nike Magista' still weeks away and longer still before they’re actually available on store shelves, are you excited to get your feet in them – or do you think the hype will start to fade off a little bit by May?