After shining at Euro 2012, German midfielder Marco Reus has been rewarded with a new long-term deal by Puma! 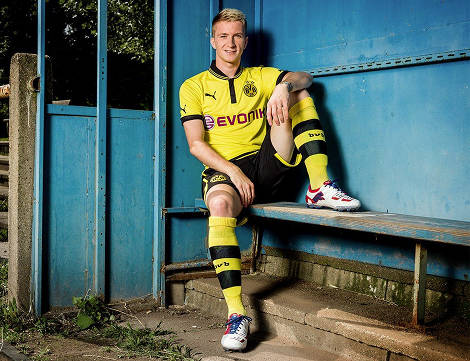 Reus, who has recently been voted as the best football player of the year for 2012 by the association of German sports journalists (VDS), will become one of the faces of the German brand’s Power silo, as a supporting player to Cesc Fabregas for all Power football products.

Marco Reus will feature prominently in PUMA’s Borussia Dortmund marketing communications.  The Sportlifestyle brand announced last year a new long-term partnership with the Bundesliga Champions, effective from the 2012/13 season.  With the start of the season now only a few days away, Reus has been integrated into a TV and online campaign that goes went live last week, and will be a key communication focus for the brand moving forward.

Marco Reus commented, “I am very happy to continue my partnership with PUMA.   They are a leading brand in football, and they have some great ideas for both me and BVB for the coming weeks and months.

I also really like their products – the PUMA PowerCat boot gives me a lot of confidence to play at the level that I know I am capable, especially when striking a ball from distance. The lifestyle clothing is strong too.  I am really excited to start the season back at my home club, and confirming this long deal with PUMA is another really encouraging move for me. ” 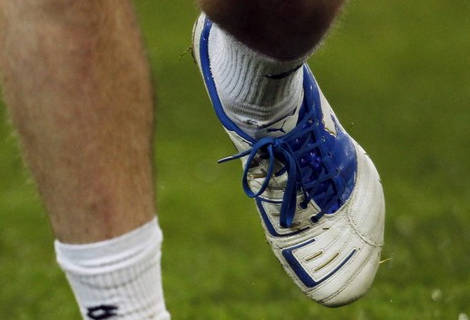 Marco Reus has worn PUMA Power boots for a number of years, and will continue to wear the PowerCat 1.12 in the current white, red and blue colourway for the beginning of the new Bundesliga season.

The PowerCat 1.12 launched in October 2011 and features the PUMA 3D DUO Power Shooting Technology, applied to the kicking area on the inside of the boot.   The boot enables improved grip on the ball through its exposed elements, and instead of absorbing the energy it increases the kicking power of the player.

Written By
Kyle Elliot
More from Kyle Elliot
Will a group of footballers be able to uncage the Skreamer? Find...
Read More