Carlsberg are set to release their Euro themed film – ‘If Carlsberg Did La Revolution’, led by French Legend Marcel Desailly. 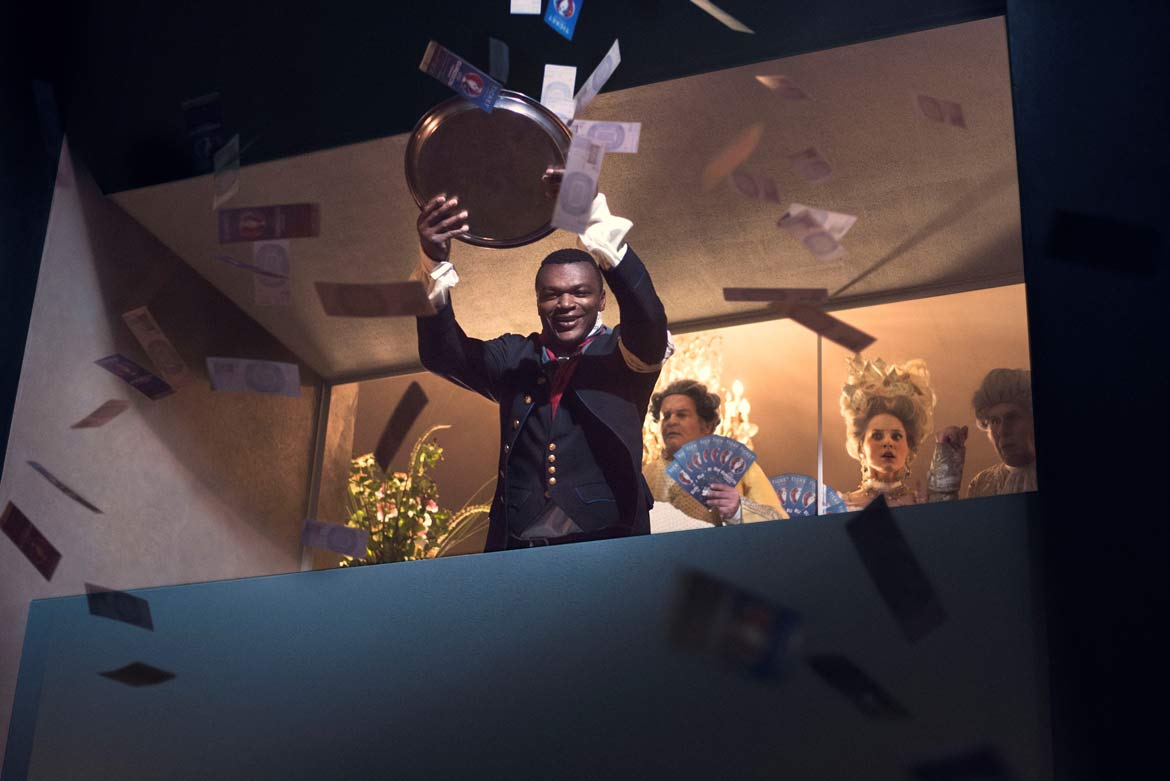 He’s known as The Rock and as well as winning a European Championship and World Cup with France, the former Marseille, Milan and Chelsea player captained his country and gained over 100 caps in the process.

Whilst on the film set for the Carlsberg ‘La Revolution’ video, Desailly gave us his thoughts on the forthcoming Euro 2016 tournament. Over to you Marcel….

It’s true that French people are now a unit, we’ve been hit by a lot of things so now everyone is focused on sport and trying to deliver a good message and be happy and you know be festive, you know we want something you know great for people to forget what happened recently in France yes.

Football will bring again everybody together and we hope it to bring hope and to bring happiness for France.

I think the best memory I have in football was the Euros, Euro 2000, because you are already a world champion and on top of that you win the Euros with a great final against Italy. It was very emotional and you know and it’s been an amazing moment this Euro 2000. From the start we knew that we were gonna win it and the end was great also.

ON THE FRENCH CHALLENGERS

I think the biggest challengers will be Germany and England, but Germany is the main one as they are the World Cup winners and I’m sure they have that generation that can again win the Euros.

England’s chances are very big, you have now a new generation of players who have a lot of talent. They’ve shown quite a great ability during the stage group where they qualified quite quickly so now they have time to prepare, the coach knows exactly where he is going and the potential of the team so this is a generation that can win it. I’m sure that Harry Kane and Dele Alli will be the top players for England’s team.

Look for the Irish national team I’m first of all very pleased that they qualify but the best player I’ve played against was Roy Keane so the others have also quality but I’m not sure that they can pretend on winning the Euro but they can do very well as Welsh also can do.

ON HIS FUTURE IN FOOTBALL

It’s obvious that I’m still motivated to be a coach in the future, I’ve passed all my coaching badges, UEFA pro and I’m available for any opportunity because you know I’m passionate about football and I have the experience I think of the high level so now I’m ready to be a coach yes.

I wanted to start with a region a bit away from Europe you see so Malaysia, Indonesia, Africa was having my first choice so let’s see in the future what is going to happen so, but I’m being very pleased to be a coach in the future.

Watch the video, ‘If Carlsberg did La Revolution’

Desailly was speaking on the set of a new film for UEFA EURO 2016™ – ‘If Carlsberg did La Revolution’ which celebrates that the Official Beer of the tournament will be giving more tickets than ever to football fans this summer. For more information visit www.carlsberg.football

Written By
footyboots
More from footyboots
https://www.youtube.com/watch?v=AyBObmsj36I We take a look at the home of the UEFA Champions...
Read More