It’s not all over until the fat lady sings and while Baggies fans may be concerned about the portions of fish and chips being consumed by some of their female fans, West Brom are still battling to find a way out of trouble.

Tony Mowbray’s side, for so long the odds-on favourites for relegation from the Premier League, have given themselves a lifeline with this weekend’s 3 – 1 home win over Wigan Athletic.

Whilst they remain bottom of the table, they are now level on points with the two sides immediately above them, Middlesbrough and Newcastle who meet on Monday, and only three points adrift of Hull City who lost again, this time to Stoke.

West Brom’s two-goal hero on Saturday was French-Guyana forward Marc-Antoine Fortune who made full use of his Puma v1.08’s to give his team a timely boost as they attempt to avoid the drop. 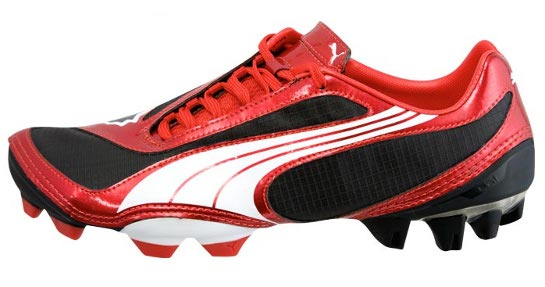 Fortune gave the home side the lead on 8 minutes when visiting keeper Chris Kirkland could only parry a Gianni Zuiverloon shot in to his path. However the home supporter’s celebrations lasted all of 9 minutes before Wigan were level, Hugo Rodallega equalizing when his low free-kick squeezed past Dean Kiely.

It was Wigan who had the best of the early chances in the second period, but once again it was to be Fortune, on loan from French club Nancy, who was to make the difference. The Baggies striker was tripped in the box by Titus Bramble and Chris Brunt buried the penalty at the second attempt.

Newly inspired, West Brom upped the pace and made the game safe when Fortune drilled in a shot from just inside the area after being fed by Borja Valero.

Baggies boss Mowbray has often said that all his team needs is a bit of luck. So perhaps it was only right that a man called Fortune may have given the Midlands club a life line.