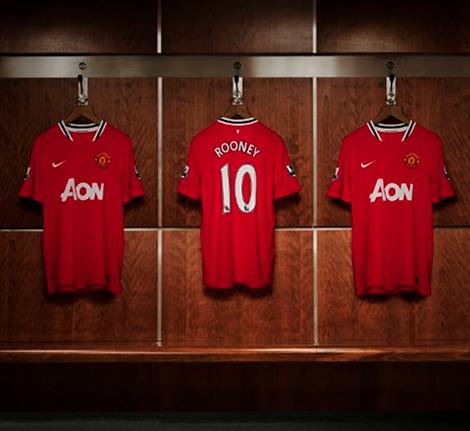 Nike’s current deal with the Red Devils is due to expire in 2015, and is estimated to be worth around £23.5m per year over the course of the 10 years deal.

However, since 2005 a number of kit sponsorships have seen that seemingly-astronomical figure surpassed by the likes of Barcelona, Bayern Munich and AC Milan – and now the Glazer family behind Manchester United want to make sure the United brand is respected appropriately by the American sportswear giant.

Manchester United are a cornerstone of Nike’s presence in the football market, making millions off of replica shirt sales and using their stars in advertisments – so it’s likely that the brand will be keen to hold on to the Old Trafford club. However, that resolve will be surely tested by the huge sum of money at stake, with Nike likely to lobby for more than a 10-year deal for the size of the investment.

Meanwhile, United are also reportedly planning to spend £25m on a ”virtual hospital” at their Carrington training ground, with the Glazers having apparently approved the state-of-the-art project.

The hospital will include a new sports science unit, rehabilitation facilities and top-class fitness and gym areas, while they are looking at the latest MRI and CT equipment to make instant medical assessments, leading to less time on the treatment table for the likes of Rooney, Ferdinand and Hernandez.

Written By
Kyle Elliot
More from Kyle Elliot
The F50 adiZero gets their official Euro 2012 livery in this Infrared...
Read More