After all the build up, all the intrigue and a game of cat and mouse that would have done Tom & Jerry proud, Footy Boots can at last reveal the Manchester United home kit for the 2009 / 2010 season.

In the centenary year for Old Trafford Nike designers have included several design features that pay homage to the side that first played at the Theatre of Dreams.

The new shirt features a large chevron across the chest, which echoes the same pattern United wore on their shirts during the 1909-10 season when Old Trafford first opened.'  The distinctive angle of the chevron also directly replicates the one found at the bottom of the club crest containing United’s red devil.'  The chevron augments the upper chest area of the shirt and Nike maintain that it gives United’s players an even bigger and more intimidating appearance. 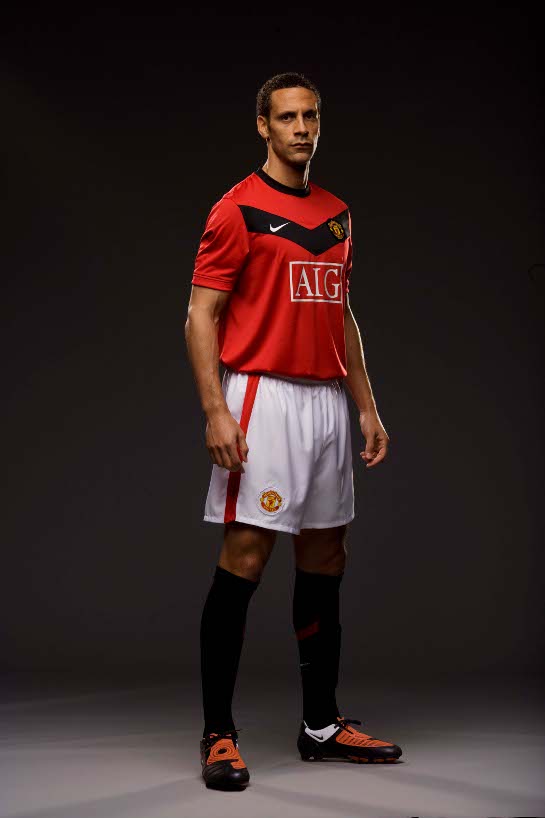 The kit has certainly proved a hit with the players including Rio Ferdinand who said:

You feel very proud every time you put the United kit on. When I first signed that was the thing I was most looking forward to – putting it on and seeing how it felt. I was like an excited kid! I’m sure we’ll all be buzzing when we run out in the new kit next season.

Maintaining the traditions of the club is very important. Last season we had the blue kit to remember the European Cup winners of 1968 and this one dates back to the 1900s to celebrate 100 years of Old Trafford. This club has always taken pride in its history – it acts as an inspiration to all of us and it’s great to see it represented in the new kit.

The shirt also includes a number of other new elements.'  The entire back of the shirt has an engineered mesh, which is a series of small chevrons, a performance feature to offer players even greater ventilation during games.

Inside the black round-neck collar is a high quality woven label with the three United colours, red, white and black, while engineered in to the side seam is a small label that reads ‘The Theatre of Dreams Since 1910.’

The shirt is made from Nike Dri-Fit fabric, which keeps players drier, cooler and lighter by drawing sweat from the body to the fabric’s surface, while its three-dimensional construction gives more air space around the skin to reduce clinging. 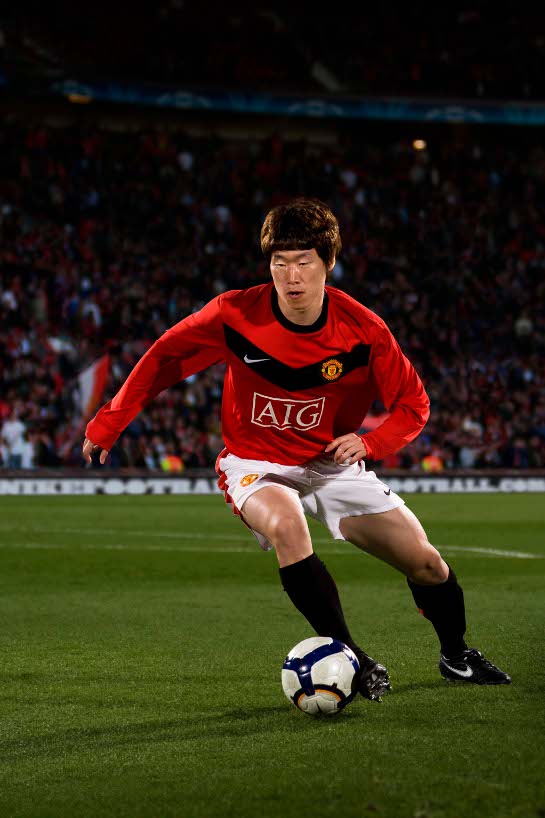 The home shorts are white with a red stripe along the side, a graphic of a red devil is on the back of the waist band and the draw cords feature MUFC on the tips. The socks are black with a red chevron on the calf.

The kit is available on pre-order now, can be purchased from Manchester United club shops from 16th July and will be worn on by the first team when they start their tour of Asia that commences on the same day. 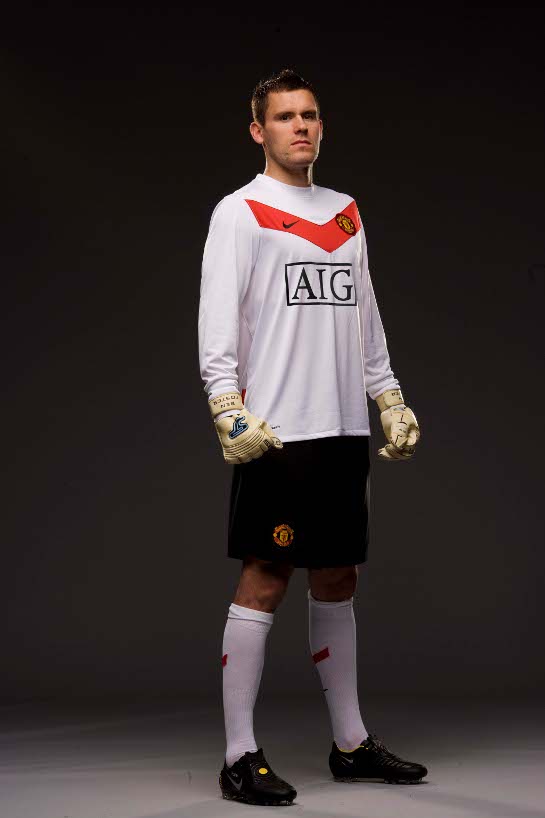 So, what do you think? Let us know by leaving a comment below.

Written By
Felipe
More from Felipe
A top display by the man from Johannesburg wins him the weekly...
Read More