However, Manchester United fans were able to have the last laugh as they ran away with the Premier League title – prompting retorts of ‘…and where does the tablecloth belong? On top of the table!’

So, we imagine that many of the Old Trafford faithful will be pretty pleased with the return of the print on the Manchester United Away Shirt 2013. 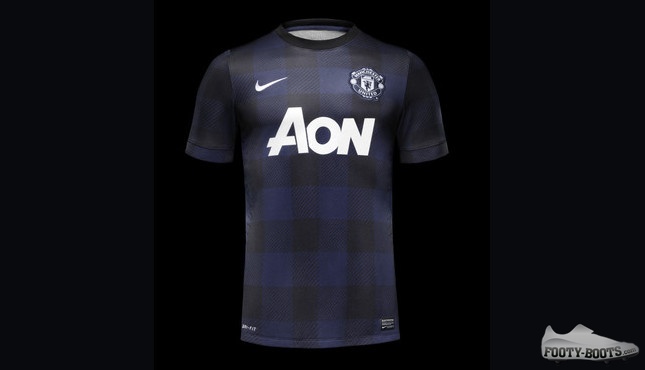 The shirt's large black-and-midnight navy gingham checks represent Manchester's proud industrial past when the check was produced in the city's booming cotton mills in the' 18th century.

It features a black crew neck collar and a white woven devil from the United club crest inside the back of the neck. 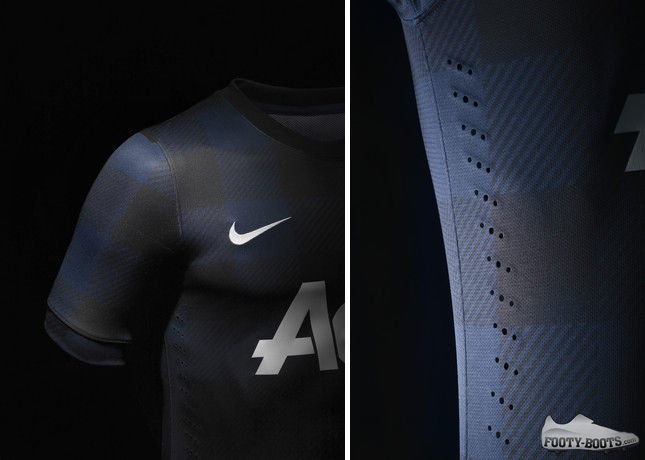 The club crest at the heart of the jersey is an embroidered monochromatic midnight navy and white.

The new away shorts are midnight navy with a thin navy blue stripe on the back hem, and' the away socks are navy blue with a white stripe between two black stripes, along with the traditional United bar design. 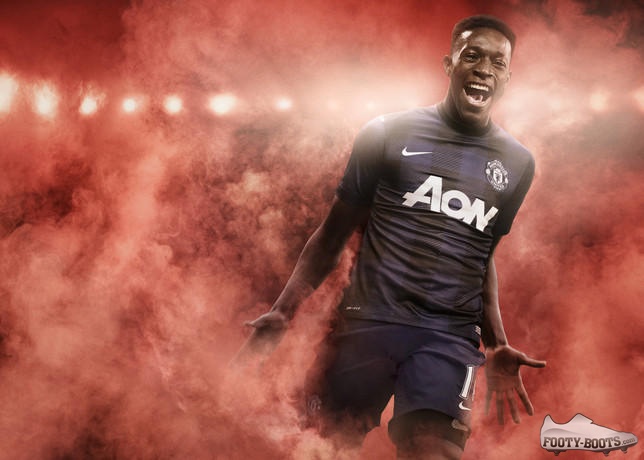 Manchester United had the privilege of launching the new kit at the Osaka Castle in Japan, where Rio Ferdinand, Tom Cleverley, Jonny Evans, Patrice Evra and Shinji Kagawa were all on hand to show off the new shirt and the Premier League trophy as part of their pre-season tour. 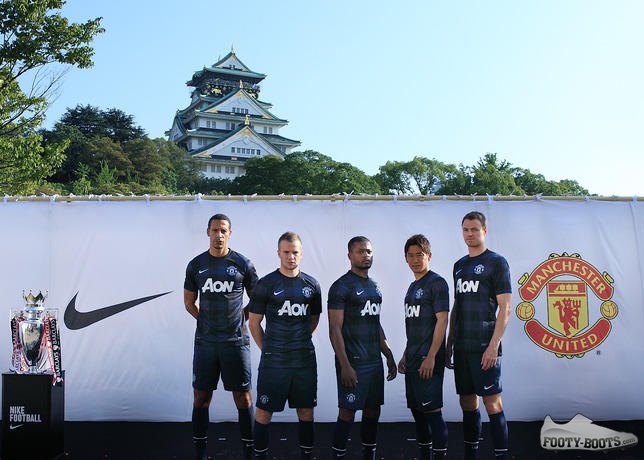 As per, Manchester United’s new away shirt for the 2013-14 season boats all the appropriate bells and whistles for a top-level shirt, including recycled polyester Dri-Fit (weighing just 150g per shirt) and laser-cut ventilation under the arms.

Available to pre-order today, check out the Footy-Boots.com store for pricing in your region.