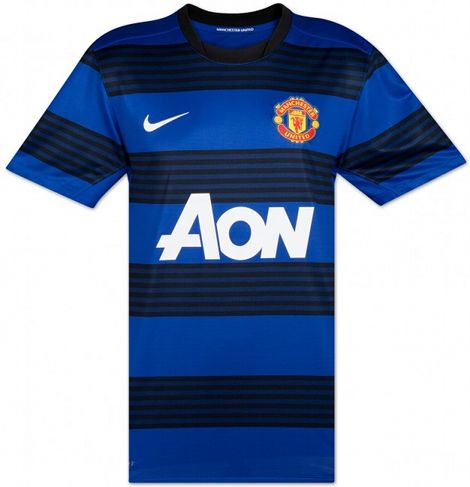 And what a shirt it is! Bringing MUFC back into blue, Nike’s latest creation will see Manchester United will play in a striking blue and black away kit, inspired by the blue kits worn in several of the club’s most famous victories, including the 1948 FA Cup final and the 1968 European Cup final.

The new Manchester United Away Kit 2011-12 consists of a royal blue body and sleeves with hoops made of small midnight navy blue and black stripes. There are exactly 11 stripes in each hoop to represent each member of the United team. 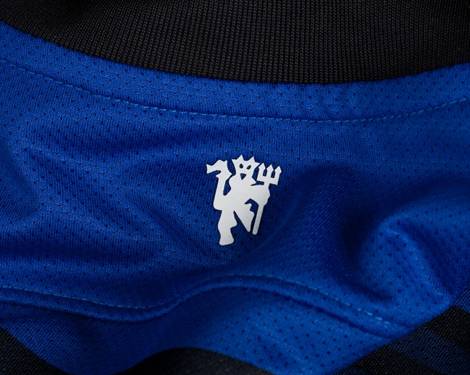 The pattern of the Manchester United Away Kit 2011-12 is modelled on a previous United away shirt, which consisted of red and white hoops and was worn between 1932 and 1939. It was also briefly adopted as the Reds’ home shirt for the last two months of the 1933/34 season.

The shorts of the Manchester United Away Kit 2011-12 are entirely black except for the same hoop from the shirt, consisting of 11 midnight navy blue and black stripes at the bottom of the back of each leg. The socks are black with a white devil from the club crest on the calf and a royal blue band at the top. 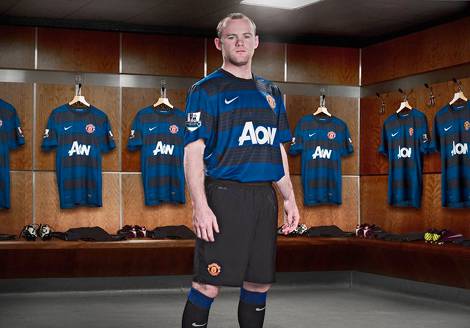 Also, the new Manchester United Away Kit 2011-12 continues Nike’s considered design initiative – meaning each kit is made from Nike’s ground-breaking recycled polyester – which for the first time includes both the shirt and shorts. Each complete kit is made up of up to 13 reclaimed plastic water bottles, reducing energy consumption by up to 30 per cent. 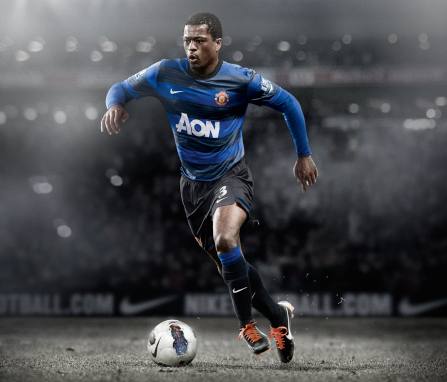 Could Evra be set to make a switch in the football boots department? The long-time Laser wearer has been spotted in all the promotional imagery in the new Legend Elite IV’s!

What do you think of this latest design from Nike?

Do you think there’s any coincidence to the fact that Nike (who own Umbro) would happen to have both Manchester clubs releasing kits on the same day?

Written By
Ramsay
More from Ramsay
Delve deep into the design and manufacturing process behind the X15 football...
Read More