After a crowd-pleasing effort on their first-ever Manchester City Home Shirt, Nike look to have knocked it out of the park on the 2013 Away Kit, too with this imposing effort.

Following a disappointing campaign last season, Manchester City have a new manager at the helm for 2013-14 and a whole host of new players who will be looking to impress in this new away kit. 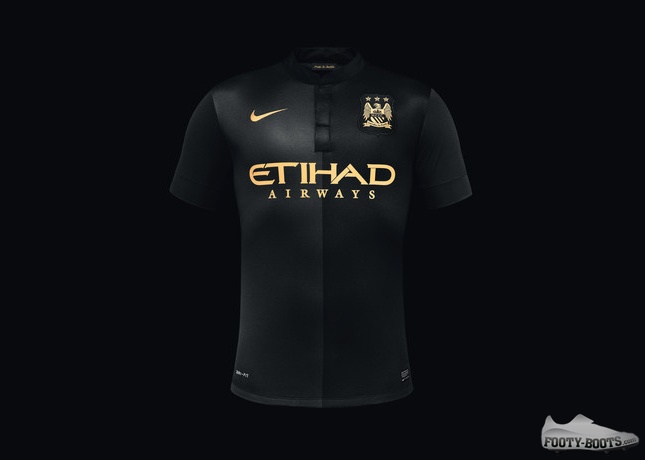 Designed to honour the club’s history as well as their recent triumphs, the City Away Shirt for 2013 is a tonal black and dark grey effort.

History lesson time: City was founded as St Mark's in 1880' before becoming Gorton AFC in 1884, and then Ardwick AFC between 1887 and 1894.' The new City away shirt has a subtle half-and-half design, a graphic element that reflects Ardwick AFC’s design in the 1890-91 season. The colors' represent' Gorton AFC, who played in black. 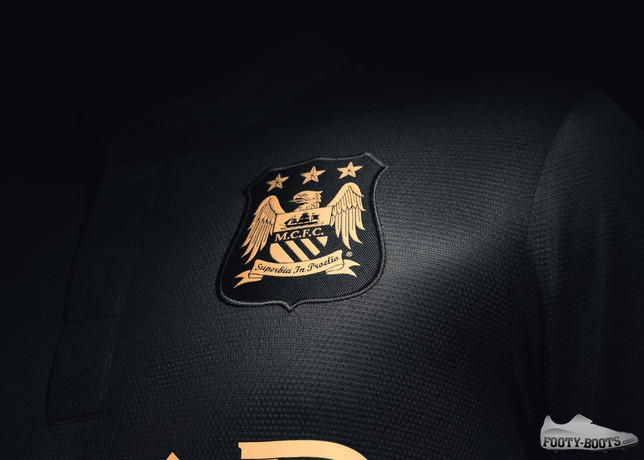 The City crest, Nike Swoosh and Emirates logo all appear on gold as an homage to the club’s recent triumphs and ‘new era’, whilst working with the black to create a truly imperious football shirt.

Continuing the old-meets-new theme, Nike have worked in a Grandfather collar with rear stand and deep placket for a nice retro twist, whilst keeping the players distraction-free. 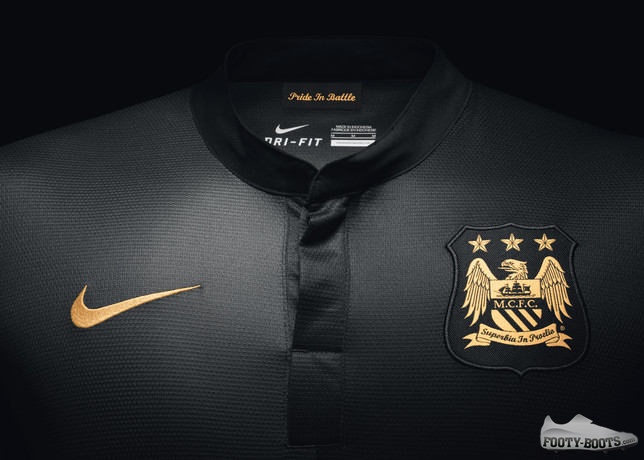 Keeping the all-black theme going, the' new away shorts are black, and the away socks are black with a dark charcoal band at the top.

As you would expect from a Nike kit, Manchester City will be getting all the benefits of technologies like Dri-Fit, as well as the environmentally-considered recycled polyester construction. 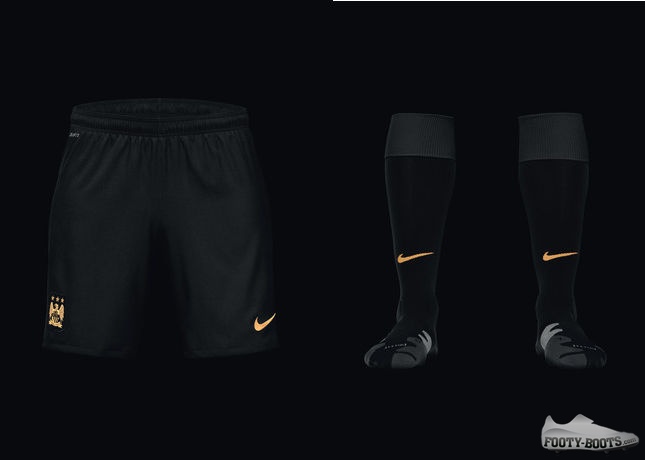 Unveiled today in Hong Kong as part of the club’s pre-season tour, you’ll be able to pre-order the new away kit this week, if you’re so inclined!

We think it’s a stormer of a shirt – but what about you guys?