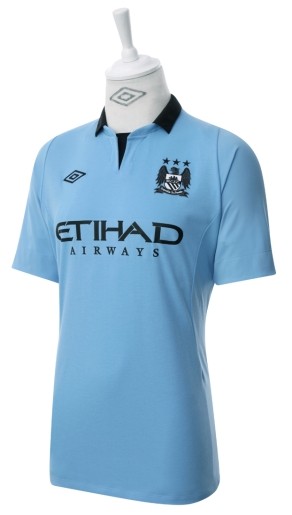 After the mod-inspired collar and white trim last season, Umbro have gone for a darker tone on the Manchester City Home Shirt 2012-13.

With a charcoal grey collar and tonal silver badge on the classic City blue, there’s a definite feel of contrast on this kit that hasn’t been present on previous jerseys. 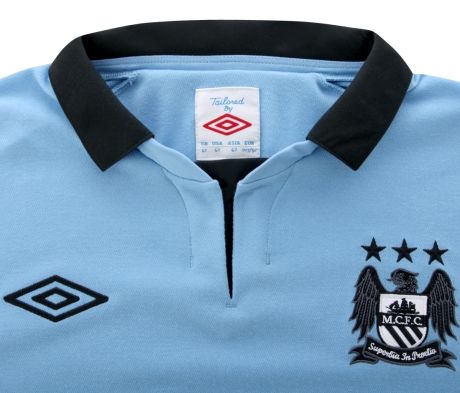 Umbro have also gone for a classic polo collar, along with elastic neck ribbing that’s sure to be comfortable to wear.

With special stretch fabric on the arms providing increased movement and comfort, the new MCFC home shirt is completed with a subtle needle finish on the hem and sleeves, and darting in the front panels for a smart, tailored look. 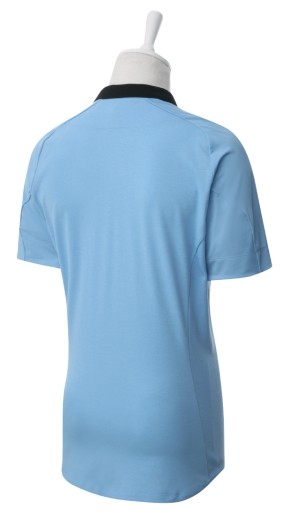 All-white shorts feature the smart two-colour crest and Umbro branding, whilst the new socks are mostly grey, finished with a huge block of MCFC Vista Blue running through the middle for a striking contrast. 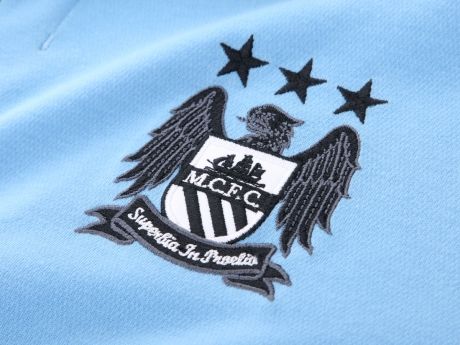 Something of a bittersweet moment for Umbro, the Manchester City Home Shirt 2012-13 will be their last for the foreseeable future, as they pass the reigns over to Nike at the end of this coming season; a shame to see, given Umbro’s historic connections with the club and the city of Manchester as a whole.

We’re still waiting on a retail release date from Umbro, but we’ll update the article ASAP when we get it.

Until then – give us your thoughts on Umbro’s latest effort for the Champions in the comments!