There’s never a dull moment at Eastlands these days. New players seem to arrive every 5 minutes and the moment they do so, they are fitted up with the latest City gear. 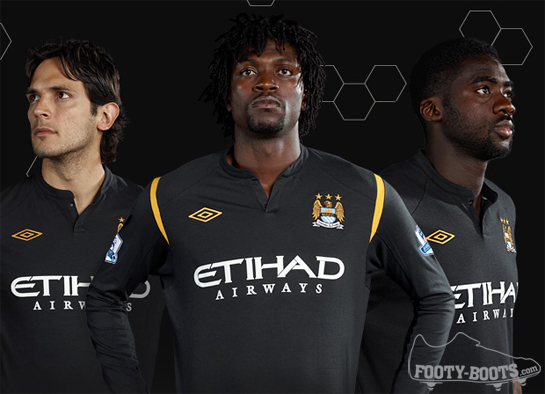 All of the kits have a resonance in some way with both the club and the city. The away kit was partly inspired by the Manchester’ Bee’s (a symbol of hard work and used in the city’s coat of arms) industrious connotations and colour symbolism; which for me was power, strength and confidence.

As with the home kit, colour balance is a really important factor. That said the away kit needed to look both bold and imposing. We chose to use the gold from the crest and use it at the shoulders to focus the upper body to open up the chest and define the upper torso.

The rest of it is completely black. In relation to the black, this creates a completely different personality to the home shirt but both speak about the club’s heritage. 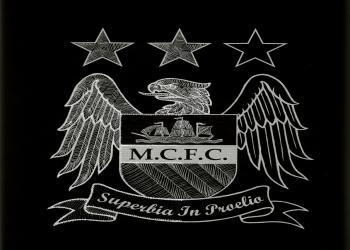 As with the new home shirt, the away version features the brand new club crest which has been re-mastered by the Umbro team. Explaining the process, Blanch said:

Every stitch on the crest has been specifically drawn. From the beginning, we knew we wanted to create the best looking City crest ever. The aim was to make the crest look so technically crafted, using the most technical machines available to us but combine that with the sensibility that is associated with craftsmanship.

What we wanted to move away from was making the crest too flat; we needed to breathe life back into the crest and make it really stand out from the shirt.

With the crest, we have embedded it onto the shirt. Each stitch has been carefully considered.

Written By
Felipe
More from Felipe
The FA Cup Final – Pre-Match Headlines – Being watched by an...
Read More