Nike continue their roll-out of new season kits with the all-new Manchester City Away Shirt 2014-15.

The reigning Premier League Champions are being kitted out in a graduated navy blue look with a yellow that is designed to remind fans – and the clubs haters – just how far the team have come in a short space of time. 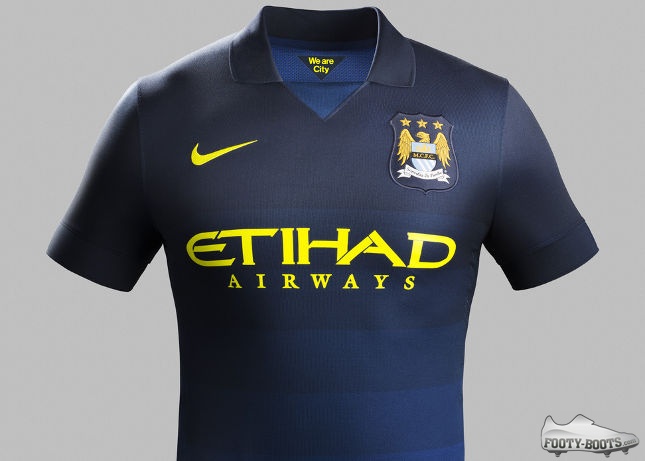 After being Premier League ever-presents, Manchester City were relegated in 1996, and slipped down the divisions until they started the ’98-’99 season in the third tier of English football.

In May 1999, Manchester City famously scored two late goals to secure a 2-2 draw against Gillingham in the Second Division playoff final at Wembley before winning in a penalty shoot-out and securing promotion back to the First Division.

On that day, City triumphed wearing an away shirt of dark blue and yellow stripes. To honor that memorable occasion, the Manchester City Away Shirt 2014-15 features yellow names and numbers on the back, and the Nike Swoosh and sponsor’s name in yellow on the front. 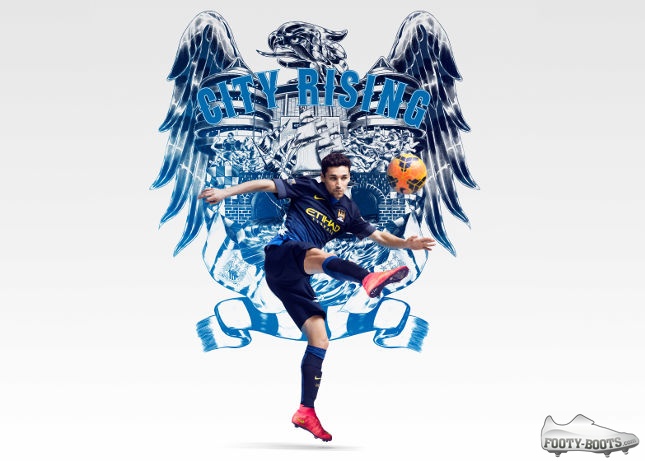 The Manchester City Away Shirt 2014-15 is capped off with a classic polo collar with v-shaped insert for a classic look, nicely offsetting the dynamic, modern feel afforded to the kit by the colour.

Inside the back of the neck is a dark blue pennant tab with the bold statement “We are City” in yellow. 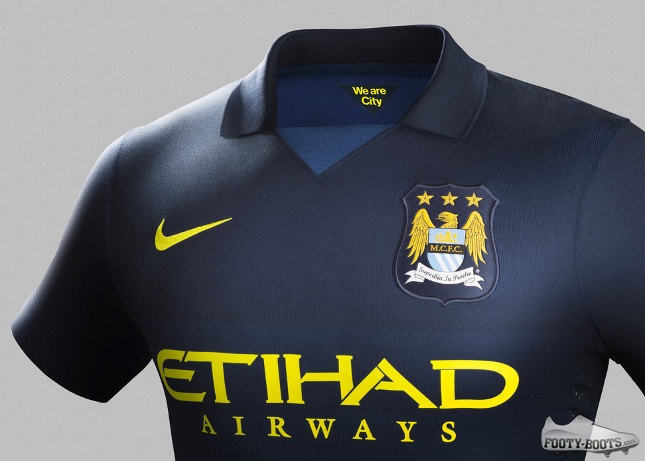 City wore the Manchester City Away Shirt 2014-15 for the first time in a 5-1 thumping of AC Milan in a pre-season friendly.

The shirt is available for pre-order from today and will be in stores from Tuesday 29th July.

Thoughts on this new shirt?