After racking up a record total of 100 points last season, City and Nike have produced a kit collection that fits their Champion Status as they look to build on that success this season. 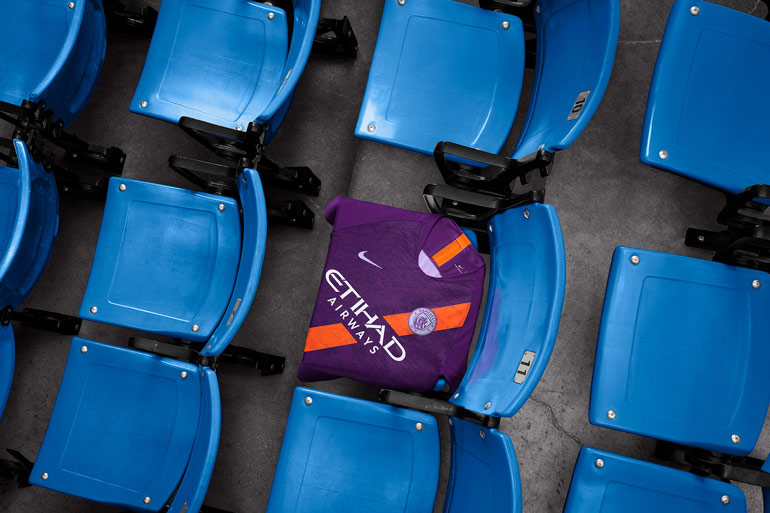 The third kit has reintroduced the famous football sash identity seen throughout the historic years of City kits, in a striking orange and dark purple palette. From afar, it looks like a simple design, however once up close you can really see the attention to details that Nike and City have gone too. 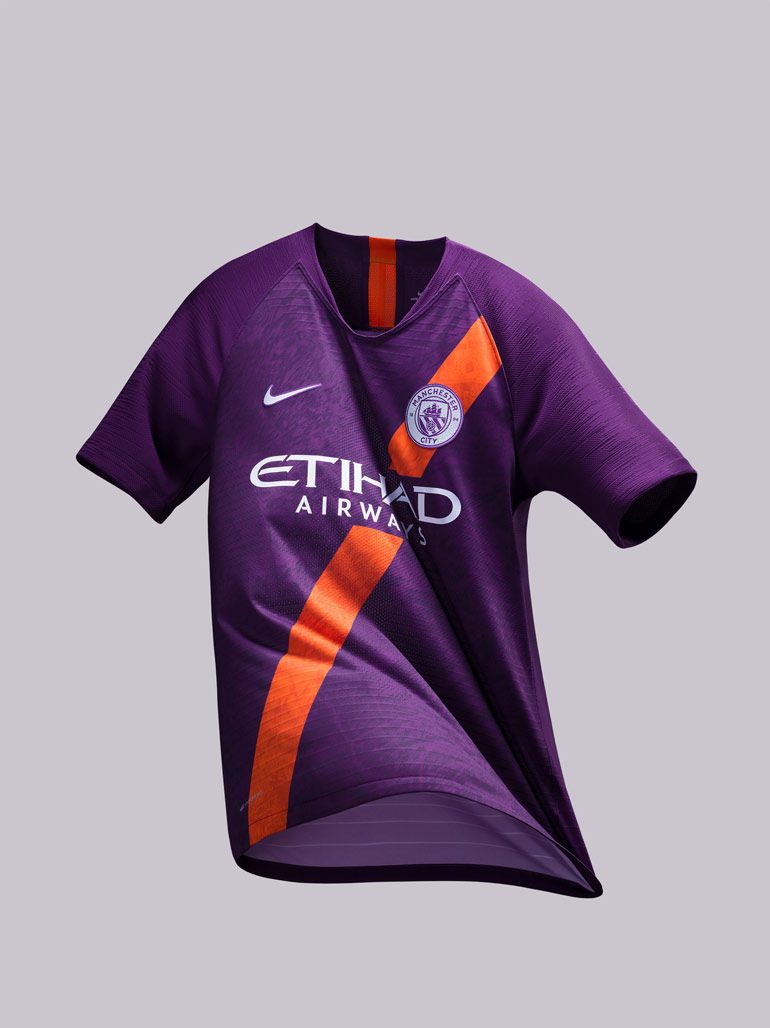 The club’s DNA is threaded throughout the shirt, with the pattern taking inspiration from an ariel representation of East Manchester, with the Etihad Stadium visible within the sash. This symbolises the club’s pride at representing the City of Manchester throughout Europe and the world.

Finished off with Dark purple shorts, the striking new kit will be worn during the club’s campaign in Europe this season.

Written By
Josharkon
More from Josharkon
Adidas bring ancient rituals to the pitch with the stunning new Nemeziz...
Read More