Rounding off our dream-team of eleven interviews with some of the hottest Premier League stars wearing the new adidas Samba Pack' football boots is Arsenal’s German forward Lukas Podolski.

As the man himself tells us, he’s been wearing the F50 for ten years now and has seen the boot change drastically over the last decade. Currently involved in two of the most exciting teams on the planet at both domestic and international level, we also quizzed the striker on his hopes of having a couple more winners medals by this time next year…

– You're wearing the new F50 in both colourways today – which is your favourite any why?

I prefer both, that's why I took both to wear today. But we'll have to wait and see which ones I wear. Maybe there'll be a surprise – another colour! Maybe in Red?

– How are you finding them compared to last year's model?

Every year, adidas make it better and better. It's very light and this year adidas have changed the studs.

You have to test each boot before, so adidas can make something special or different for the players. It gets better and better.

– Why the F50 over the Predator or adiPure?

I've no new problems with the shoes, so I'll stay an F50 guy! 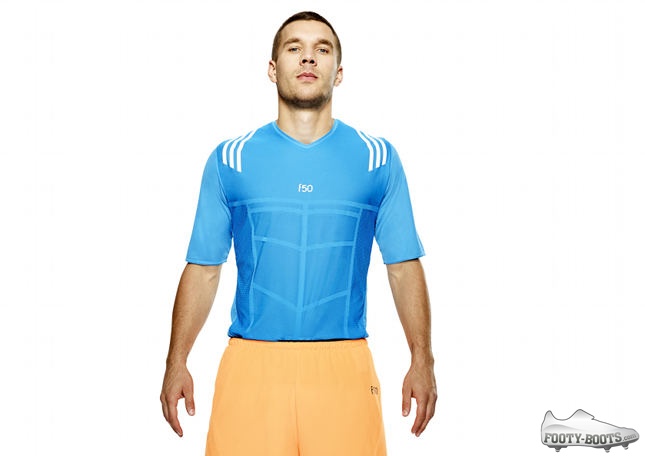 – Where do you think Arsenal can accomplish in the League this season?

We had a great start, not in the first match, but we did win 7-8 matches in a row so we're having a good start.

It is a long season and we do have a few injuries to key players, but the players who are playing have been doing well. We have a lot of matches and a lot of cup matches – and as we said before the start of the season we'll fight for the Championship and the other titles.

– Does having a World Cup at the end of the season affect your preparations league season with Arsenal?

Of course, but I think first you have to think about Arsenal. We want to play a good season focusing on the Premier League and Champions League.

Then when you start the [camp] with the German National Team, you are focused on that and nothing else.

It's not easy, there's not many countries who are far away from Germany in Europe – But we're one of 5-6 teams who are fighting for the World Cup.

We're strong enough to win that title, but there are other teams who can also say that, too.

Written By
Kyle Elliot
More from Kyle Elliot
Looking to break in to the beautiful game? Fieldoo is a new...
Read More