It seems like Luis Suarez can’t even walk through his own front door without causing some level of controversy in the footballing world, and now his penchant for trouble seems to have extended to his boots. 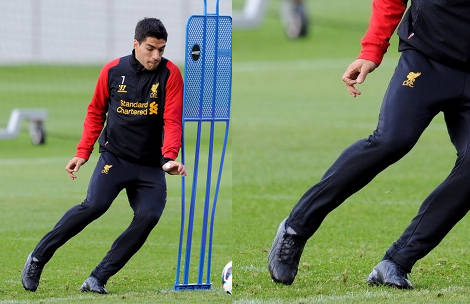 The Liverpool forward has been an adidas man for as long as he’s been at Liverpool, but Suarez’s time with the three stripes could come to an end following a lucrative offer from Warrior.

Uruguayan’ Suarez spent most of his Olympic campaign wearing the adidas adiZero RS7 – a boot primarily designed for Rugby, and thus something probably not readily provided by adidas.

Since returning to action for Liverpool, Suarez has mostly opted for the adiZero in White / Lime – avoiding switching to any of the new Champions League colourways on offer; another sign he might be considering renewing his adidas contract.

Reports from those close to Warrior and Suarez say that a £1m per-year deal is on the table for the Liverpool forward – a figure that would see the former’ Ajax man on an earnings par with Wayne Rooney.

In an attempt to persuade Suarez to turn down Warrior’s big money deal, adidas have offered Suarez some of the first play-testing sessions in the next-generation adiZero (due to land before Christmas) – hoping that the quality of their new F50 will persuade the 25 year-old away from the new LFC kit supplier’s offering. 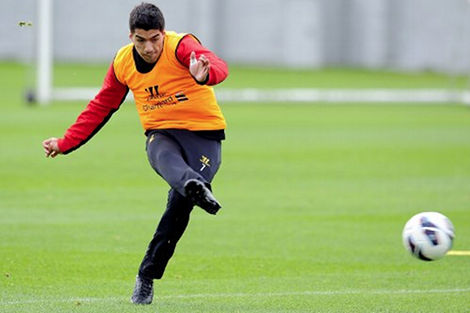 Another rumour in the pipeline is that Warrior are also currently negotiating a similarly-scaled deal with Daniel Agger. Since signing in 2006, Agger has become the keystone of the Liverpool defence and a firm fan favourite. Despite this, the Danish international has been wearing the White/Pink/Cyan adiZero for over 9 months now – a sure sign he doesn’t have a permanent boot deal.

With Warrior right on track to meet their Christmas deadline for a top-level boot release, tying Suarez and/or Agger into a deal would prove to be a vital marketing foothold for the brand after the sale of Craig Bellamy to Cardiff – and would definitely prove to shake up the boot world a little bit!

We know that splashing cash hasn’t been a problem for Warrior since coming to the UK, but would this be a good move for the brand?

Or will you wait to see the boots before judging?

Special Thanks to Ramzi S for the image + info!

Written By
Kyle Elliot
More from Kyle Elliot
You know what it is. The adidas Predator Instinct gets an aggressive...
Read More