When Mexico’s Luis Ernesto Michel arrived at Mexican Primera Division outfit Chivas Guadalajara in 2003, as a young inexperienced keeper understudying the great Oswaldo Sanchez, by all accounts it wasn’t exactly viewed as the biggest event in goalkeeping history.

But with the departure of his great mentor in 2006, all this changed, and after being given the chance to step into the limelight, Michel took it with both (safe) hands.
The goalkeeper did so well that he allegedly now even has a wax figure in Madame Tussauds!

In the spirit of keen and impartial reporting, we haven’t actually verified this with a visit to the museum itself, and we don’t know if Michel appears in his goalkeeper gloves, but it does leave the exciting prospect that Rinat could have the illustrious distinction of being the first goalkeeping brand to have won a place in one of London’s top tourists attractions! 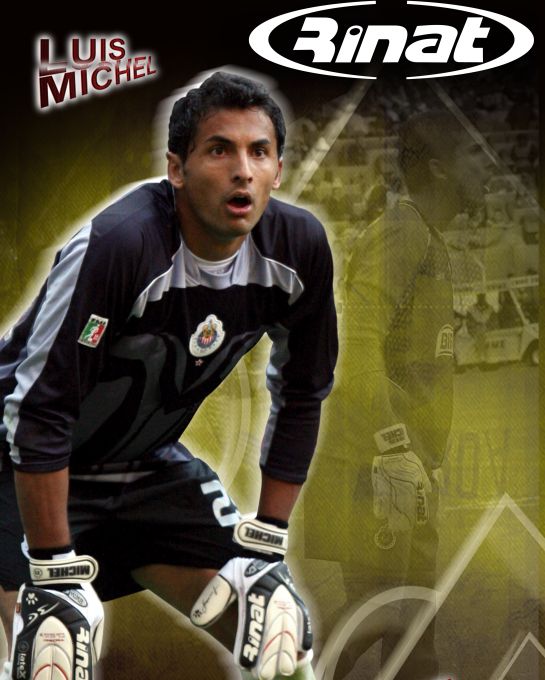 Michel initially had a tough job filling the shoes (or gloves) of the great departed keeper Oswaldo Sanchez, who was a huge fans’ favourite at the Chivas, and had remained first choice keeper under 10 different coaches during his time with the club, while notching up close to 100 international caps for Mexico.

But Michel’s performances won acclaim and he has over the last couple of seasons become a Chivas hero in his own right, apparently nicknamed ‘Fray Michel’ (i.e. ‘Friar Michel’), after Oswaldo Sanchez, who had been known as ‘San Oswaldo’ (‘Saint Oswaldo’).

Admittedly, many people in the UK and Europe still don’t know about Michel’s heroics between the goalposts, but the success of the Rinat ‘Michel Professional’ range in Europe might be something to change that… 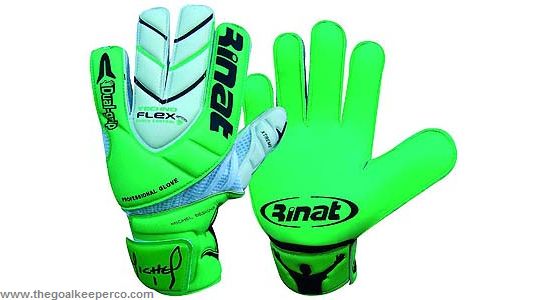 Designed and developed in conjunction with Michel himself, the gloves very much reflect the key priorities of a top flight keeper in the Mexican Primera Division. First on the list – must be impossible to ignore. The gloves must look great. But in addition to this, a very lightweight, breathable, flexible construction is one clearly appropriate to the warmer conditions of Mexican football, with a design also focused on comfort, movement, and natural feel.

In our opinion, the latex foam of the Michel Professional goalkeeper gloves is slightly less soft than some European foams – but this is by no means a bad thing. It creates a foam that is slightly longer wearing, yet Rinat have managed to produce a foam palm whose gripping performance is still outstanding. The gloves also feature internal latex, which fixes the gloves much more closely to the palm of the hand, reducing glove movement and giving a very secure fit. 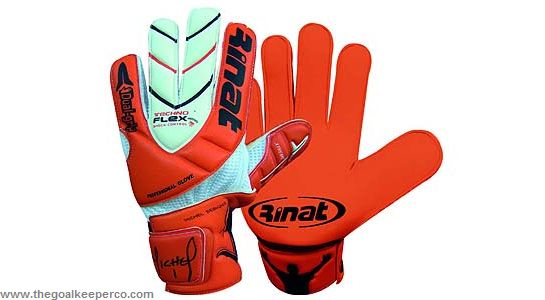 Michel himself, on colour choice is for once a slight disappointment, opting for the black and white glove model in professional games. But in Mexico he is well known for this choice of colour scheme in his attire, and has been labelled ‘El Caballero Negro’ (‘The Dark Knight’) in acknowledgement of his dark kit. So perhaps it wouldn’t do to turn out in orange and green.

Written By
Felipe
More from Felipe
Sunday sees the annual curtain raiser to the new Premiership season; the...
Read More