In football, there’s always a lot of love for ‘single-club men’, players who – despite all reason – stick with their club through thick and thin; the Francesco Totti’s, Steven Gerrards and Paul Scholes’ of the world.

Here at Footy-Boots.com, we also have a lot of time for players who stick with a single brand for their playing career. Think Ryan Giggs; still playing in Reebok despite the fact they don’t make football boots anymore. That’s dedication.

Another player and brand to reach a notable milestone this season are Lotto and Italian forward Luca Toni, who are marking a ten-year partnership with a limited edition pair of boots; the' Lotto Stadio Potenza Luca Toni 10+. 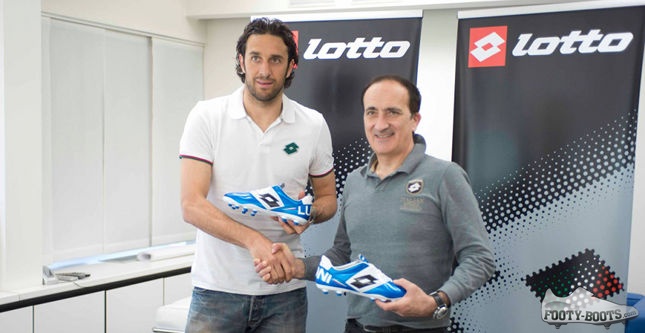 The well-travelled but always prolific Toni has been a Lotto athlete since his time at Palmero, and has since worn boots like the Fuerzapura, Zhero Gravity and Stadio Potenza you see him with here.

Currently playing with Hellas Verona, Toni has repped a number Lottos for a number of teams; from his legendary stint with Fiorentina, success at Bayern Munich and – of course – lifting the World Cup in 2006.

With all that in mind, Lotto are releasing just 500 pairs of the Lotto Stadio Potenza Luca Toni 10+' to celebrate a historic decade. 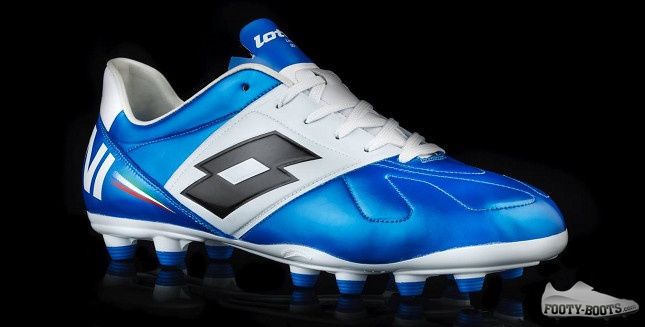 Decked out in the colours of the Azzurri, the Lotto Stadio Potenza Luca Toni 10+' look every bit as classy as you would hope they would.

The upper is synthetic – unusual for a Stadio Potenza – but Lotto say the glossy finish was essential to marking out Toni’s status as a Champion.

Appropriately, the Italian flag is also picked out on the heels of both boots, with a subtle, yet dynamic graphic giving a nod to Toni’s success at International level. 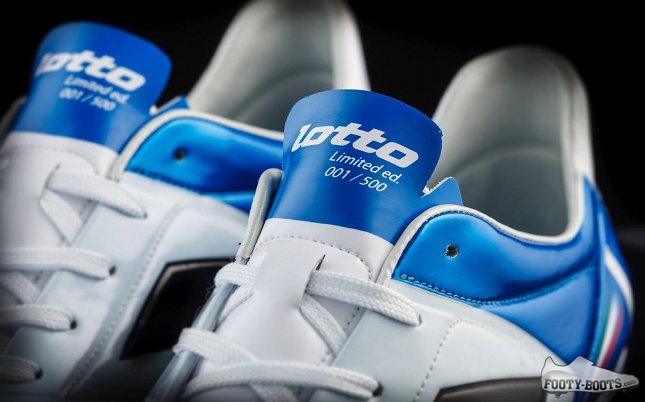 The heel also contains our favourite part of the boot, too: a massive call-out of Luca Toni’s name across the heel counter that – despite being one of the biggest fonts we’ve seen used on a boot – looks absolutely killer.

Lotto have also included their logo on the heel tab of the Lotto Stadio Potenza Luca Toni 10+, with the ’10+’ part of the design a nod that the brand plan on continuing their relationship with the striker for years to come. 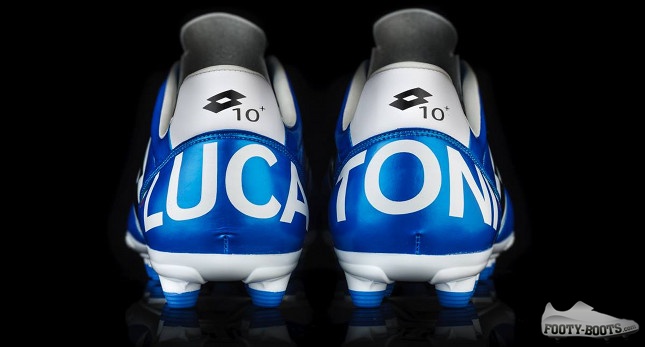 Presenting them to the man himself, Lotto also put together a hardback book of the big mans greatest moments wearing Lotto football boots on his feet.

Handily, the brand have put those images into a nest little video that you can watch just above.

As mentioned, the Lotto Stadio Potenza Luca Toni 10+' will be limited to only 500 pairs, with Toni himself owning pair 001.

If you’re after a pair, you’d best be quick, as they’ll be limited to selected retailers and the Lotto Sport Italia website.

Thoughts on these limited edition boots?

Lotto Celebrate a Decade of Luca Toni with Limited Edition Release, 8.5 out of 10 based on 17 ratings https://www.footy-boots.com/wp-content/uploads/2014/04/lotto-stadio-potenza-luca-toni-10-plus.jpg

Written By
Kyle Elliot
More from Kyle Elliot
Nike finally get around to launching the secondary reveal colour of the...
Read More