Whilst the jury might still be out on how good reflective football boots look on the pitch, Lotto are sticking with their dazzling Solista for another visually-enticing colourway with this Silver / Fluo Fanta release.

And whilst the gimmick at the heart of the boot is… well… gimmicky, we’re huge fans of the Italian brand’s decision to change up the graphics with each new colourway. 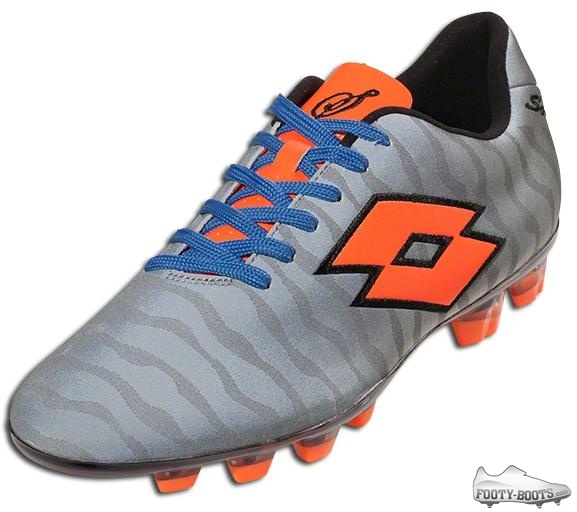 Whilst the debut release kept things clean with no graphics, the World Cup edition was tricked out in all sorts of tribal designs to go with it’s Brazil-inspired colourways.

This time out, the Orange colourway is enhanced with some fitting tiger-stripes both hidden in the reflective upper and encompassing the soleplate, giving the boot a look that will have all your team-mates saying ‘That’s neat’ or indeed that they ‘Really love your tiger feet’.

As usual with Lotto, the release hasn’t been without it’s hiccups; despite this being the lead colourway for the new season, you could well have clocked them at the World Cup already.

Members of both the surprise packages of the tournament, Costa Rica and Colombia, have been wearing Lotto football boots, including the Silver / Fluo Solista.

That said, this colourway is available to order worldwide from today, and we’d love to get your thoughts on it!

Drop us a comment, or us the boot-o-meter, below!

Lotto Solista Returns in Silver / Fluo Fanta, 7.7 out of 10 based on 8 ratings https://www.footy-boots.com/wp-content/uploads/2014/07/lotto-solista-reflective-silver-fluo-fanta.jpg

Written By
Kyle Elliot
More from Kyle Elliot
Kyle reckons the discipline system is broken and the powers that be...
Read More