After a clean debut, followed by tiger stripes and tribal-inspired swirls, Lotto are back with the Solista IV in Reflective Silver / Fluo Blue, and a circuit-board inspired print.

Designed as an all-around performing boot by Lotto, the Solista’s focus is on solid traction and a pure touch on the ball, thanks to a soft-touch microfibre upper.

A cradled fit and added waterproofing also make sure the boot maintains a high standard of comfort for players who choose to lace up these latest football boots from one of Italy’s most prominent boot brands. 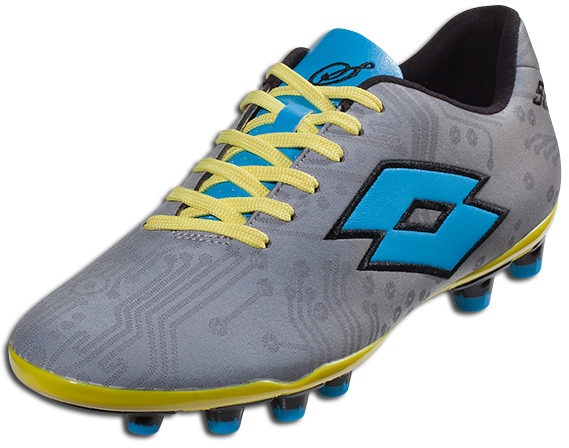 Of course, one of the things that sets the Lotto Solista apart from the competition is it’s special reflective upper.

The silver you see on the surface of these football boots turns sheer white under camera flashes (and Lotto say floodlights, too), whilst the laser-etched graphics are ‘dead spots’ – which make for a startling aesthetic across the entire upper of the Solista when exposed to bright lights.

You can see the reflective effect in action on our feature on the Solista’s launch, here.

As with all previous Solista colourways, Lotto have also changed a few design elements to match the new upper design. On the Solista IV, the heel branding and graphics on the soleplate now match the futuristic circuitry design that lies within the reflective colour of the Solista’s upper. 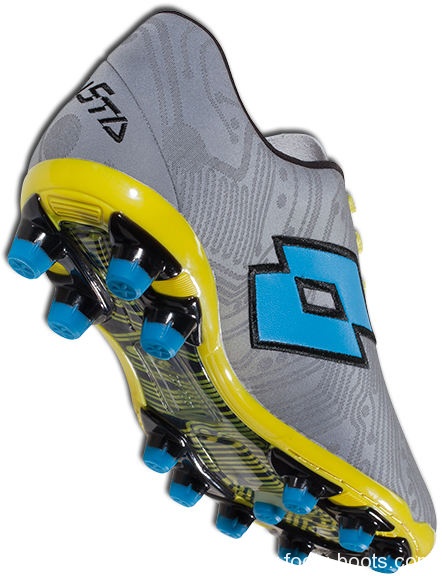 As for other performance aspects, there’s actually very little to mention. At 250g, the Solista is above a lot of other synthetic ‘speed’ football boots.

It does feature all the trimmings you might expect from a ‘statement’ release, however, including an EVA sockliner, padded tongue for ball control and injected FG studs for durability and traction.

What do you think of the Lotto Solista IV – Reflective Silver / Fluo Blue?

Lotto Solista IV | Reflective Silver / Fluo Blue, 9.3 out of 10 based on 14 ratings https://www.footy-boots.com/wp-content/uploads/2015/01/lotto-solista-iv-reflective-silver-fluo-blue.jpg