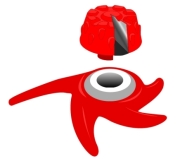 2007 saw the company launch a number of new projects on the back of it’s R and D activities, the most significant being the Twist’ngo technology – the first rotating stud on a football boot.

Lotto also signed a new licensing agreement with Filon ConfecÄ‚§Ä‚µes Ltda in Brazil,where they are already involved with 4 teams in the first division.

Lotto’s top performing market in Europe was Romania where growth was up by a staggering 90%. Bulgaria and Holland showed growth of 68% and 67% respectively and there were positive results in a number of other countries including Spain, Portugal and Russia. Growth in South America was put at 25% and 15% in Asia.

As for the UK market, Allan Cope, Sales and Marketing manager said: “Despite worsening retail conditions in the UK, Lotto has achieved an excellent 18% increase year on year and, following a change in distribution strategy at the end of 2007, forward orders for 2008 are showing significant gains regardless of the poor economic climate. The recent announcement of a five-year contract as the technical sponsor of Queens Park Rangers will further enhance Lotto’s brand visibility both in the UK and internationally and strengthen Lotto’s grip on the teamwear markets.”