Lotto continue their yearly update of the Fuerzapura Silo with the launch of the Lotto Fuerzapura III in two tasty colourways. 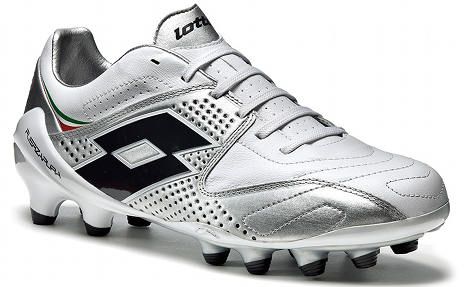 Whereas most football boot ranges tend to get more and more bloated with features as they get older, the range Lotto Fuerzapura seems to have undergone some sort of reverse-evolution since it’s launch in 2010.

Whilst the original Fuerzapura was designed and marketed as a power boot, boasted a choice of leather or synthetic upper, a distinctive design and technologies like the Twist’n’Go stud – the Furzapura II stripped a good portion of those gimmicks away. 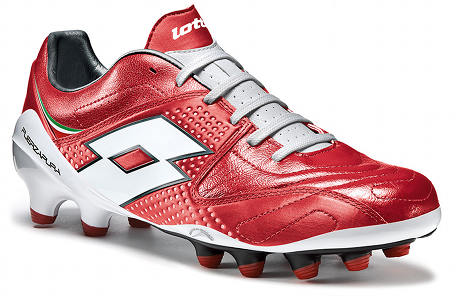 And now the Lotto Fuerzapura III is here, it looks more like the sort of classic football boot we’ve come to love from the famous Italian brand.

Using a specially-treated water-repellant Kangaroo leather forefoot, the Fuerzapura III offers a great touch and feel for the ball in a variety of conditions, whilst the synthetic microfibre support saddle uses the lacing system to lock the heel and midfoot in place – as well as keeping the weight down.

But as much as we’ve talked about what has gone from the Lotto Fuerzapura III, there’s still a lot of technology packed into this sleek-looking boot, with most of it coming in the soleplate.

PuntoFlex, one of Lotto’s signature features across all sports, makes a welcome return ensuring the plate bends in conjunction with the foot, and offers excellent elastic return.

Reactive Arch and Reative Insoles both feature, too – with the former ensuring the foot is in the best anatomical position whilst at rest and under stress and the latter massaging the arch of each foot to help disperse lactic acid.

The Heel Control system carries on from the Fuerzapura II, though this time reaches higher up the back of the foor ‘cupping’ the heel better for improved traction and protection.

As we’ve come to expect from Lotto, the Fuerzapura III is massively focused on player comfort and feel on the ball – two things at the top of every player’s agenda!

Available to pre-order from today ahead of an August 1st retail launch in both White / Silver and Risk Red / White, the Lotto Fuerzapura III will set you back a not-unreasonable £110 / $145 US.

Written By
Kyle Elliot
More from Kyle Elliot
We take a sneak peak inside the launch of the new adidas...
Read More