It’s back to Italy we go as Lotto hit us with a new round of colourways! Looking sharp as ever is the new Lotto Fuerzapura II in a gorgeous White / Risk Red combo. 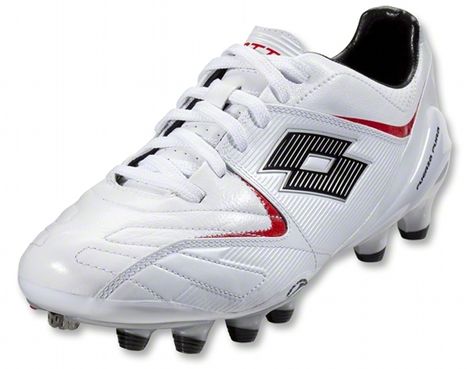 Something of a rare commodity in the days of Slime Green and Volt Yellow colourways, the simplicity of the Lotto Fuerzapura II  in White / Risk Red is something that really sets it apart from the crowd at the moment. 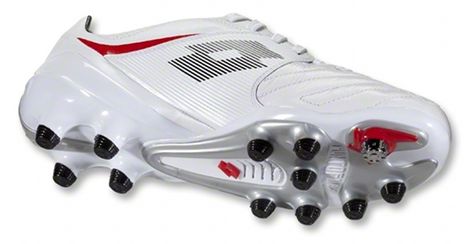 And simplicity isn’t a word we’d normally associate with the Lotto Fuerzapura II, which is every bit as feature-packed as some of the more expensive cleats on the market at the moment.

The Fuerzapura II uses synthetic panels similar to the ‘A-Frame’ cradle of recent Umbro football boots to bring the midfoot flush to the form of the foot – offering a more secure fit when on the ball and a more one-to-one feel with the ball.

In addition, Lotto have also combined their ReactiveArch and Puntoflex technologies into the soleplate and chassis of the Lotto Fuerzapura II – White / Risk Red, resulting in a more supportive footbed that recoups energy when running to add a spring to your step.

The FG model also adds Lotto’s signature Twist’n’Go stud, to improve the release of your foot from the turf, reducing stress on the knees.

Written By
Kyle Elliot
More from Kyle Elliot
adidas reveal the kit that Bayern Munich will wear as they defend...
Read More