After a strong showing at last year’s World Cup Lotto are back with the second incarnation of their powerful new football boots range – the Lotto Fuerzapura II! 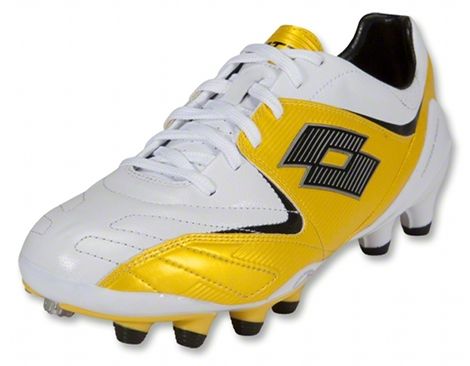 Launched to a coincide with the 2010 FIFA World Cup, the original' Lotto Fuerzapura quickly found favour on the feet of several members of the eventual winners, Spain, including the influential Juan Capdevila – giving it a strong presence in the minds of football boots lovers.

Originally available in two uppers – leather or synthetic – the' Lotto Fuerzapura II does away with the synthetic version altogether, leaving just the soft leather version for players to pick up, presumably because of slow sales or player preference when it came to the last generation of these Italian-designed football boots. 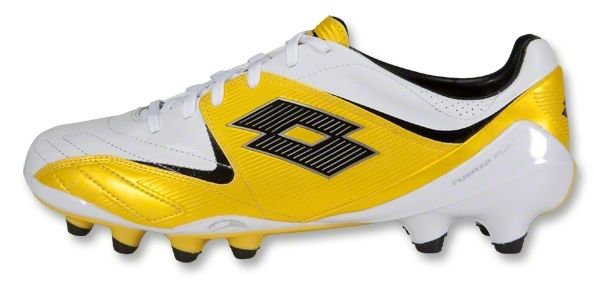 We get the impression that this has helped Lotto focus on what players really like, dropping the (fairly lame) ‘power’ gimmicks from the original Fuerzapura and giving the' Lotto Fuerzapura II the sort of soft, supple leather upper that Lotto were once famous for.

However, just talking about the leather wouldn’t even tell half of the story of these football boots!

The synthetic panels – coloured here in Cyber Yellow – work in a similar way to Umbro’s A-Frame Cradle on the Speciali and GT Pro, pulling the whole boot snug to the instep, and providing exemplary support. 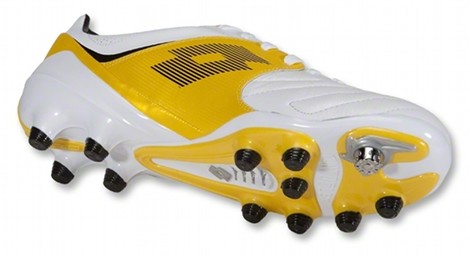 The outsole of the' Lotto Fuerzapura II is also packed features; first of all Lotto’s heel control – essentially an ergonomically designed heel counter – which ensures correct heel support and control, whilst the Fuerzapura’s once again incorporate the Twist’nGo and ReActive Arch'¨'¨'¨ – which this time around has been designed with ridges that massage your feet as you play! This aids circulation and the absorption of lactic acid. 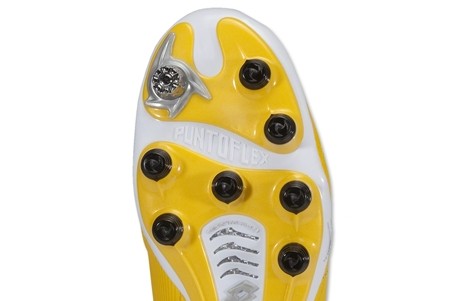 The sole-plate of the Lotto Fuerzapura II football boots incorporates Lotto’s unique Twist’nGo pivoting stud. Managing the impact and stresses of fast directional changes, the Twist’nGo stud is designed to improve performance whilst accelerating, stopping and turning, and also reduces the risk of injury. '¨'¨'¨'¨'¨'¨All whilst being consistently ridiculed by people in our comments section.