The Lotto Fuerzapura II has had something of a muted impact on the world of football boots since it’s launch in the summer, but this new Black / Graphite colourway could prove very popular indeed. 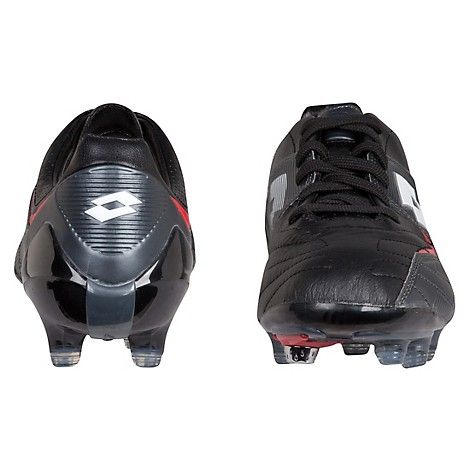 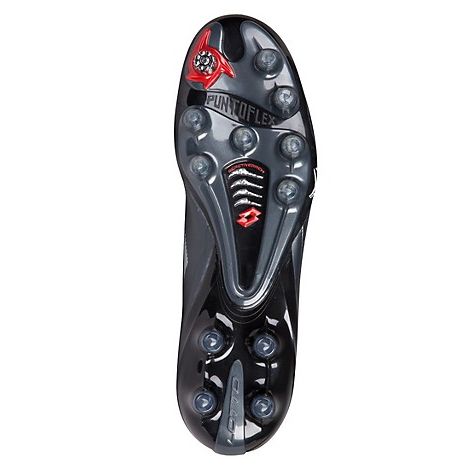 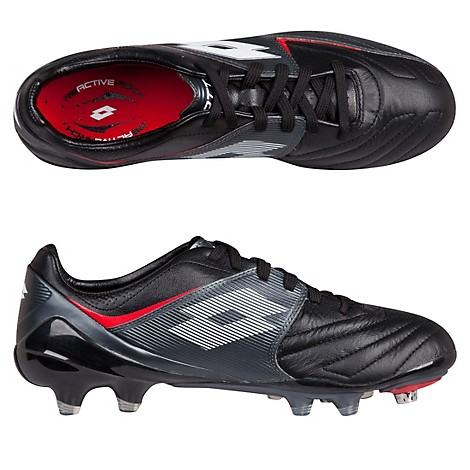 The football boots of choice for the likes of Joan Capdevila, Jordi Gomez and Rangers hit-man Nikica Jelavic, the new Lotto Fuerzapura II are packed full of nifty technology to help you boss the game.

Rather than being focused on just power or control like other football boots, the' Lotto Fuerzapura II combines many of Lotto’s best technologies into a boot that performs at the highest level.

The upper is soft K-Leather for a great feel and touch on the ball, whilst the midfoot has a synthetic frame that attaches to the laces, pulling the boot snug to your foot for exceptional comfort and fit.

The' Lotto Fuerzapura II also packs a pretty nifty soleplate into it’s design too; with PuntoFlex technology in the forefoot for maximum power transference in each strike, and the Twist’n’Go stud – a feature of all Lotto football boots that supposedly increases the foot’s mobility and reduces stress on the ligaments, reducing injury.

The' Lotto Fuerzapura II in Black / Graphite retails at £109.99 and is available to buy on the Footy-Boots.com store now!

Let us know what you think of ’em in the boot-o-meter and comments below!