After the deal was revealed over a year ago, the anticipation was already starting to bubble – Liverpool had signed a deal with a company with a sports brand who’d scarcely made a football shirt before to make their iconic red kit – what would it be like?

Well the wait is over, as at midnight last night Anfield played host to the new Liverpool Home Shirt 2012 / 2013 from Warrior. 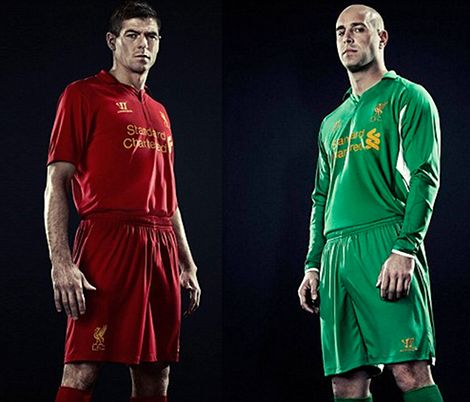 Harking back to the 70’s and 80’s for inspiration, the Liverpool Home Shirt 2012 / 2013 is almost entirely red, with no white panels, stripes or roll-overs on the socks.

Instead the Warrior-designed Liverpool Home Shirt 2012 / 2013 is trilled with gold, with the sponsor, Warrior logo and Liverpool crest trimmed in Gold. 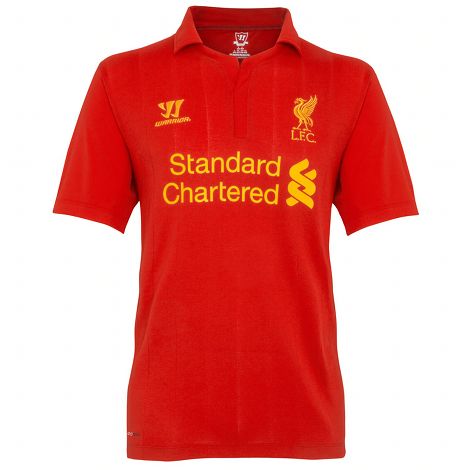 Speaking of the crest, rather than the grand badge that has graced most Liverpool shirts since the early 90’s, the Home Shirt 2012 / 2013 returns to the sole liverbird with ‘L.F.C’ underneath, giving the kit a cleaner look.

On the back of the neck are two ‘eternal flames’ and the number 96, marking the 96 fans who went to see the Reds play, but never came home from Hillsborough. 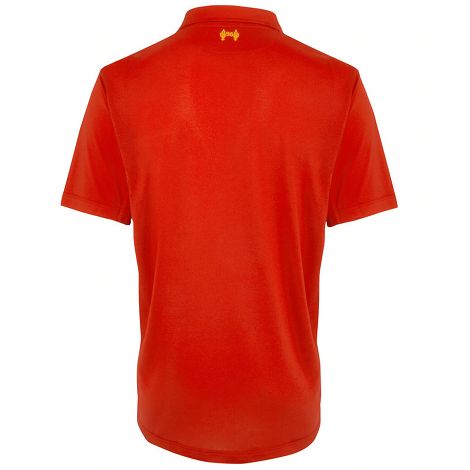 A subtle pinstripe runs through the front and back of the kit, lining up with a smart placket on the polo collar.

As for the techy stuff, Warrior have employed a performance fabric throughout the entire Liverpool Home Shirt 2012 / 2013, designed to regulate player temperature and wick sweat, whilst a four-way-stretch underarm mesh keeps players cool and comfortable. 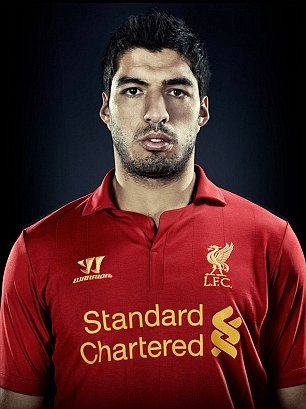 What do you think of Warrior Sports’ Maiden effort?

Let us know on the Shirt-O-Meter, or in the comments!