In doing so, they eased the pressure on manager Rafael Benitez who had recently over seen 4 successive defeats. As it was, Benitez went in to the match buoyed by the comments of managing director Christian Purslow added his weight to co-owner George Gillett’s message that the Spaniard’s position was not under threat.

Liverpool were in the ascendency for most of the game and displayed a fantastic work ethic and hunger, something that had been missing over the past month or so.

Fernando Torres demonstrated his world class with a 65th-minute opener, comfortably shrugging off the attentions of Rio Ferdinand before powering an unstoppable finish high past United keeper Edwin van der Sar at The Kop end.

And after United’s Nemanja Vidic was sent off for the third successive time against Liverpool and Javier Mascherano also saw red in a thunderous finale, substitute David Ngog raced on to Lucas’s pass to wrap up a fully-merited victory which puts the Merseyside club just 4 points behind the reigning champions in the Premier League. 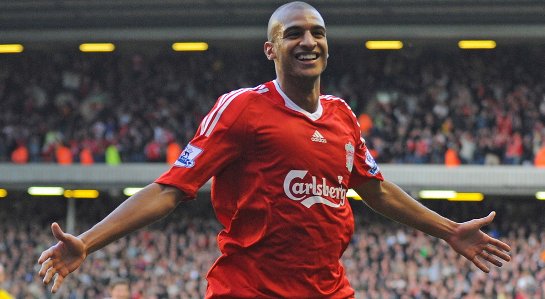 There were so many controversial things that happened we have to feel aggrieved at some of them.

The most controversial decision was Carragher bringing down Michael Owen. He was clear through.

The laws of the game were altered to prevent professional fouls of that nature and if Carragher goes off, he is their best player and their captain. It would have been a different game. They would have been under pressure.

The referee was only four or five yards from it so he cannot use a covering defender as an excuse. Michael was clean through. With Michael’s pace he is going to get away from him.

Written By
Felipe
More from Felipe
The Puma v-Konstrukt III football boot is due out shortly and will...
Read More