Liverpool FC and New Balance have officially revealed the New, Special Edition Liverpool Away Shirt for the season 2017 -2018. 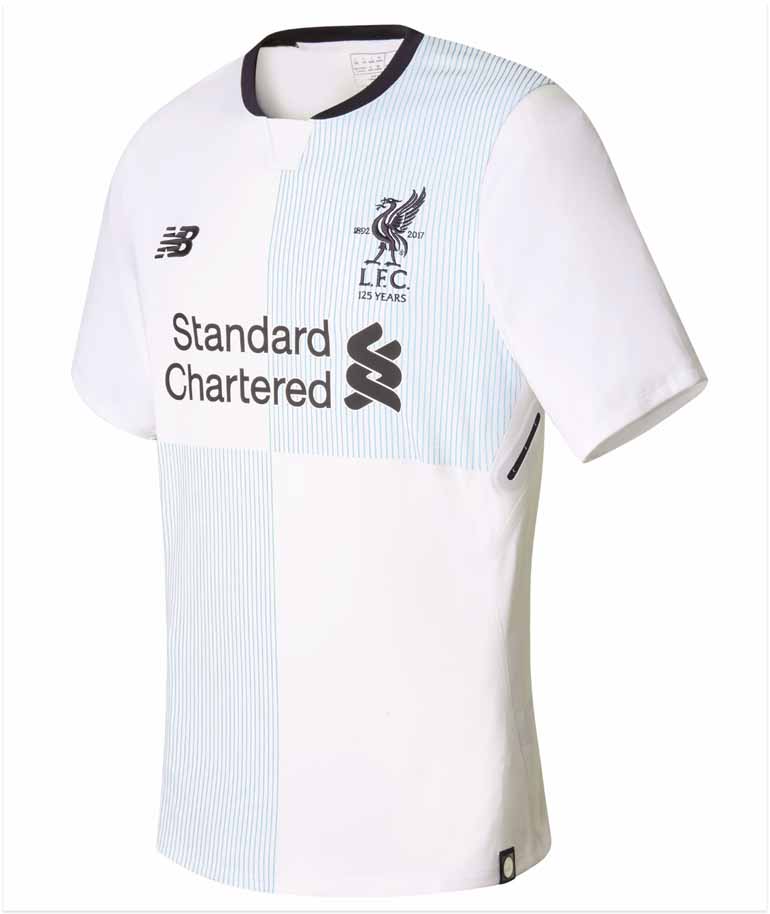 New Balance has officially revealed a special edition of the Liverpool FC 2017-18 away shirt. The shirt has been launched as part of the ‘Pure Liverpool FC’ campaign celebrating the Club’s 125th anniversary.

Inspired by Liverpool FC’s first ever strip worn 125 years ago in 1892, this special edition away kit incorporates the original light blue and white from the Club’s earliest shirt, updated with a quartered pin stripe repeat. 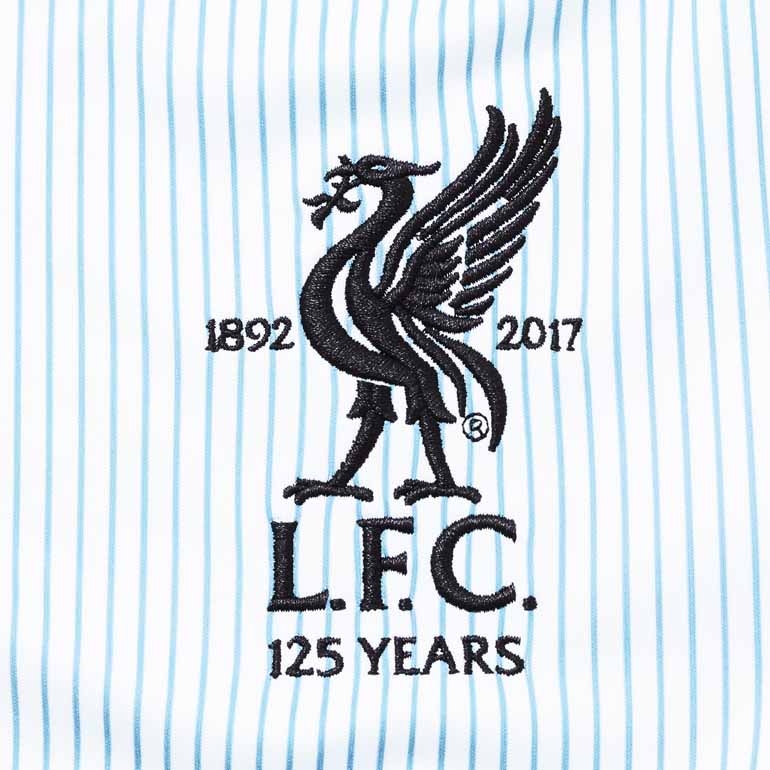 The special edition jersey is in line with the design theme for LFC’s 2017-18 home and away shirts with the use of key iconic kit details from LFC’s rich history.

In recognition of this date a limited run of only 1892 shirts will be made available worldwide, each embossed with the special 125th anniversary crest, a feature on all kits in the 2017/18 New Balance LFC kit collection.