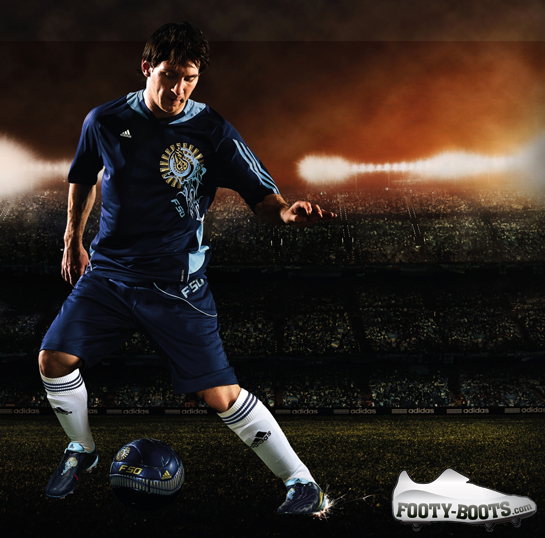 Messi and his football boot sponsor adidas teamed up and designed a special F50i colourway as a tribute to Lionel Messi’s home country Argentina.

On September 5th, when the Argentinian national team plays a hugely important game against Brazil in Messi’s hometown Rosario, Lionel Messi will show the football boots for the first time in Argentina.

The colours of the Argentinean national flag (gold, white and sky blue) can be found on the dark blue football boots, together with the sun emblem which is placed in the centre of the national flag.

After David Beckham, Franz Beckenbauer and Uwe Seeler, Lionel Messi is only the fourth player to receive a personal adidas football boot. 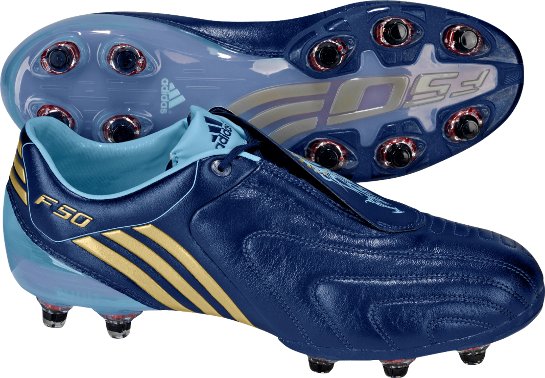 '  I’m honoured that adidas came up with these boots. The design and colours reflect the love I feel for my country and my team. The game in Rosario is crucial for us and I hope these boots will help me score goals against Brazil!.

'  Designing an adidas boot for Messi is really the highlight of my career. Integrating the national colours and symbols like the sun was not work but a dream come true and I’m very excited with the result. Watching the game Argentina versus Brazil will now be even more special for me.

The new F50i Messi football boot will soon be available worldwide. The F50i will then be available in a total of four colourways (white, black, cyan and the dark blue Messi colourway).

Written By
Felipe
More from Felipe
With home advantage and no goals in the first leg, Man Utd...
Read More