There’s been a slightly mixed reception on the new England Shirt, and we’re going to guess that this new limited edition is going to be just as divisive! 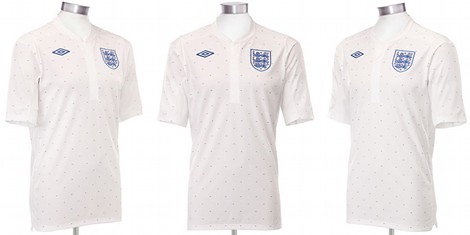 From a distance it looks much the same as the new England Home Shirt, but get up close and personal and you’ll see that pattern that runs across the shoulder now extends across the whole shirt! 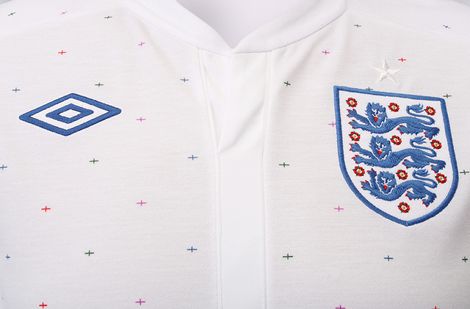 Peter Saville’s Red, Green, Purple and Blue St George’s crosses now bring an added sense of colour to the shirt, providing a nice patterned look to those who like their national team kits to have a little more ‘Pizazz’! 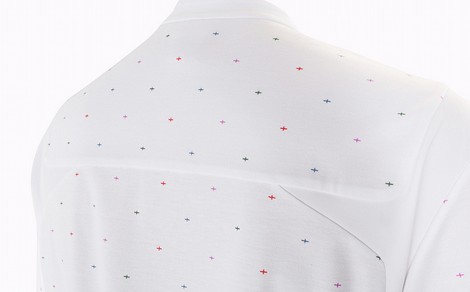 While the shirt itself will never be worn in a competitive match, this limited edition England Shirt will launch on October 12th, the same day that England will take on Montenegro in the latest Euro 2012 qualifier.

Also getting a Limited Edition makeover is the Anthem Jacket that has proved surprisingly popular with fans. 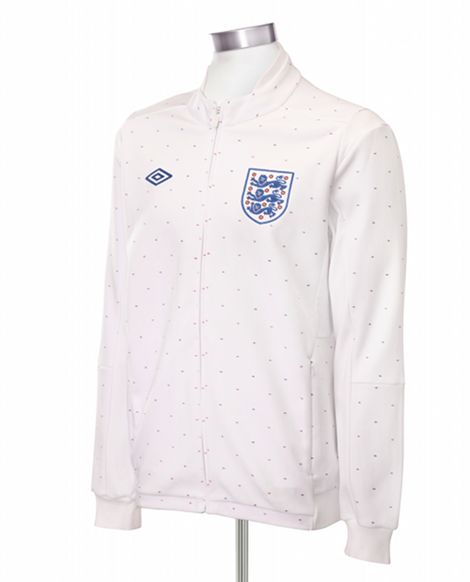 Designed around the same principals of tailoring and distinctive style, the Umbro Anthem Jacket has seen an incarnation for most of Umbro’s big team contracts such as Manchester City, the New York Cosmos and the previous England kit.

No word from Umbro on the price or how many of these shirts will be made, but we’ll keep you posted as soon as we know!

We’d be pretty keen to see this pattern on a pair of football boots, maybe on the soleplate of the Speciali? Or how about the Upper of the GT Pro? C’mon Umbro – make it happen!

Let us know what you think with the Shirt rating system below, or with a comment!

LIMITED EDITION ENGLAND SHIRT, 5.8 out of 10 based on 44 ratings