After some pretty eye-catching signature editions for their F50 main-man in recent memory, adidas were never likely to miss an opportunity to put something exclusive on Leo Messi’s feet at the World Cup this summer.

The resulting boots could well be some of the boldest to be worn by the Argentine Superstar to date, as he laces up his own bespoke entry into the adidas Battle Pack.

Of course, the Barcelona star will be continuing to wear his usual F50 adiZero, but adidas’ bespoke creation single out the star as the only player to have a splash of colour on his Battle Pack football boots.

The designers at adidas decided not to deviate too heavily from the theme, mind, with just a run of Blue down the middle of the boot creating an homage to the flag of Argentina. 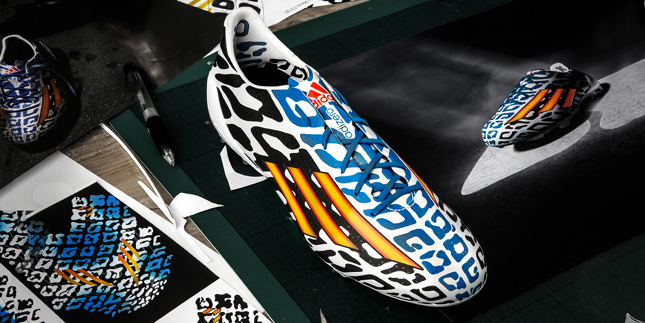 Almost a given when talking about the F50, adidas focused on creating a very ‘speed’ focused graphic, which translates well on the Battle Pack.

With all the wild and warrior-themed patterning on the five adidas World Cup football boots, it’s no shock that adidas went for big-cat inspired spots throughout the upper. 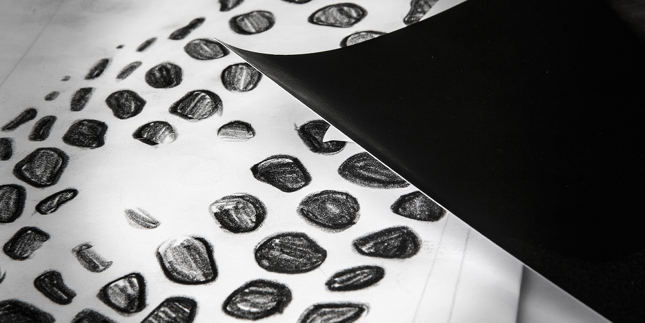 Thanks to these design sketches released by adidas, we can see a little bit of the story behind the boots, and that the final design settled on by adidas was one of many.

Not only were there different pattens and uses of the Blue on the boot, we can also see there were clearly discussions at some stage to use different styling altogether, with this laceless prototype especially of interest: 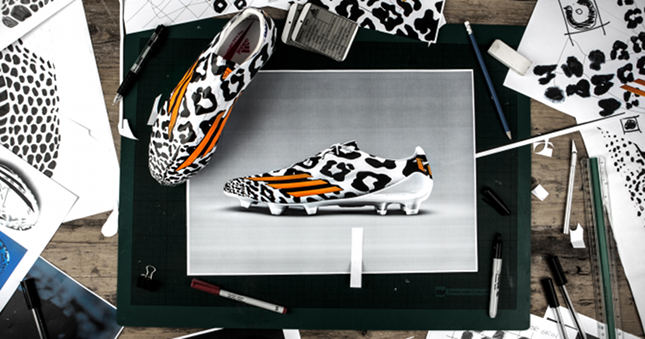 With Barcelona having suffered heartbreak in La Liga and the Copa del Rey this season, not to mention a humbling in the Champions League, will this drive Messi on to the World Cup performance some say he is destined to have?