That didn’t take long! Since Leo Messi scooped the Player of the Year award at the start of the week, adidas have released a specially made video and now commissioned a stunning pair of White/Gold adidas F50 adiZero football boots to mark the occasion!

With three consecutive Ballon D’or victories under his belt (and aged only 24), if any player has earned the right to wear a pair of gaudy football boots, it’s Leo Messi.

The Argentina international has been in sparking form over the past twelve months, helping Barcelona to the La Liga title, the Champions League and the FIFA Club World Cup – the Rosario native really does stand apart. 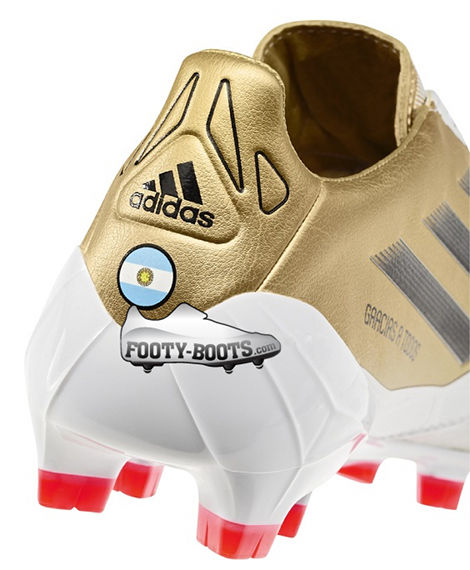 Thanks to adidas, Messi will now look as special as he undoubtedly is in this bespoke pair of White/Gold football boots that he is expected to wear from this weekend.

Featuring his new ‘M’ shield logo on the flank and commemorating each of his Ballon D’or wins within each of the classic adidas stripes these adidas F50 adiZero cleats also carry two messages – one with Messi’s official title of ‘World Player of the Year’, the other reads ‘gracias a todos’ – ‘Thanks to All’. 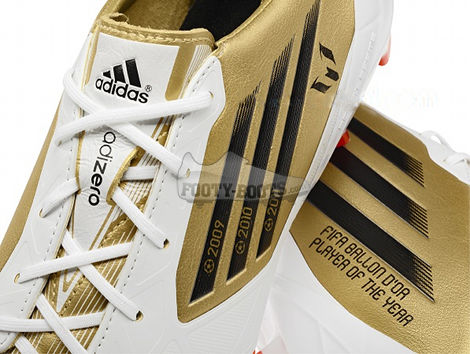 As for the technical specifications, these are the adidas F50 adiZero FG with a leather upper – billed as the first ‘boot with a brain’, the F50’s house a miCoach Speed_Cell in the sole to capture performance data whilst a player is playing; measuring speed, distance and more.

The most important question you’re probably asking is ‘Can I buy a pair?’. The Answer – for the time being – is a firm no, these cleats are specially commissioned for Messi himself and won’t see a commercial release. 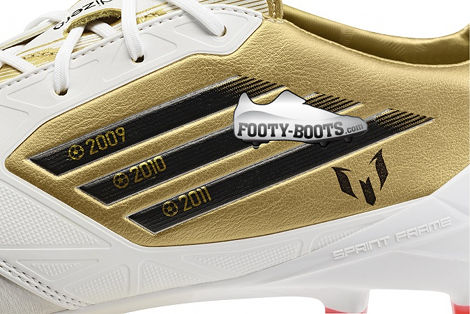 A fitting shoe for a three-time World Player of the Year?

Let us know if you think so in the comments!

Written By
footyboots
More from footyboots
https://www.youtube.com/watch?v=LVfj-f5MFYI Brazil get some new threads courtesy of long-standing partners Nike. Due...
Read More