adidas have revealed the new signature colourway Leo Messi will kick off the new season in, as their star man will light up La Liga in a striking Yellow / Neon Orange version of the adidas f50 adizero.

In a rare occurrence, Leo Messi will effectively start off the new season with two personalised football boots; this signature yellow colourway will be for use in La Liga, whilst an as-yet unreleased colourway will be used in the Champions League. 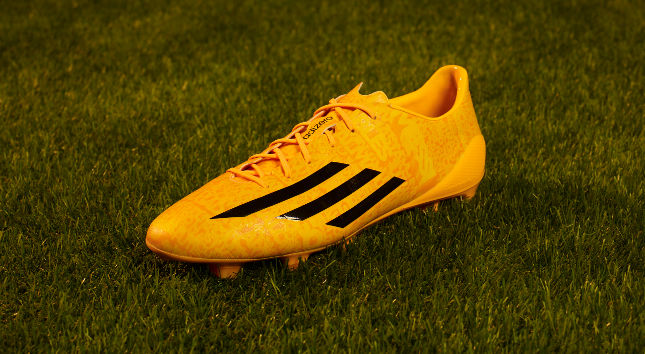 adidas say this boot is ‘more than a boot, just as Leo Messi is more than a football player’ – the entirety of both of these f50 adizero’s is covered in a sublimated print, marking out every goal the Barcelona man has ever scored and every trophy he’s won in his career.

All we can say is it must have been a squeeze getting them all on there. 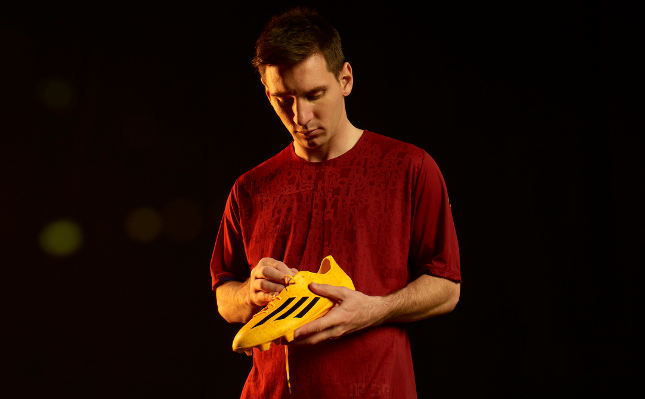 Given the already-outstanding Tribal Pack football boots we’ve seen from the Three Stripes, the Leo Messi Signature Yellow adidas f50 adizero is certainly going to pop on the pitch amongst the line-up of adidas cleats for the new season.

Some neat signature touches – in addition to the Messi ‘M’ shield on the heel – are the lace-tips being in the Blaugrana colours of Barcelona and the words ‘mas que un botin’ on the onsole – ‘More than a Boot’. 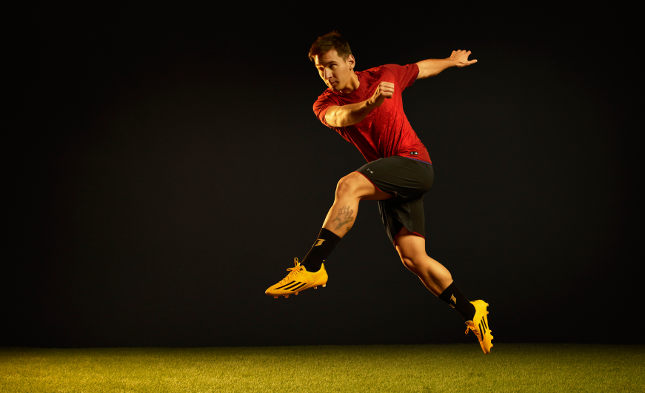 Hitting a retail release later on today, the Leo Messi Signature Yellow adidas f50 adizero is sure to be a popular release.

Will you be picking a pair up?

Also, how does the idea of two signature releases grab you?

Leo Messi Gets Yellow Signature adidas f50 adizero, 8.1 out of 10 based on 18 ratings https://www.footy-boots.com/wp-content/uploads/2014/08/Leo-Messi-Yellow-adidas-f50-adizero.jpg