After a slew of custom football boots for the 2011 Copa Del Rey Final between Real Madrid and Barcelona, adidas have focused their energies on just a couple of pairs for this season’s clash – including this stunning pair of F50 adiZeros for Leo Messi.

The Argentine international will be handing a competitive debut (as far as we know) to the new White / Lime / Onix F50‘s in tomorrow night’s final, in which Barcelona will be hoping to give their fans something to cheer about, having lost the league to bitter rivals Real Madrid some weeks ago. 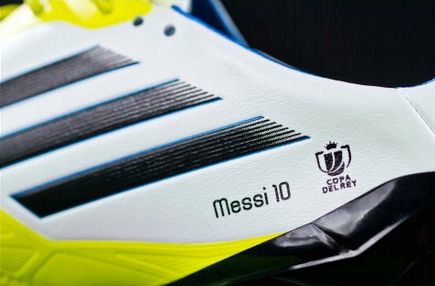 As expected, the cleat boast Messi’s ‘M Shield’ logo on the outstep of one boot, with the Copa Del Rey badge on the opposite boot completing the branding.

‘Messi 10’ is also in it’s customary position on the outside flank of both boots, whilst the cleat itself is made of Messi’s customary leather upper. 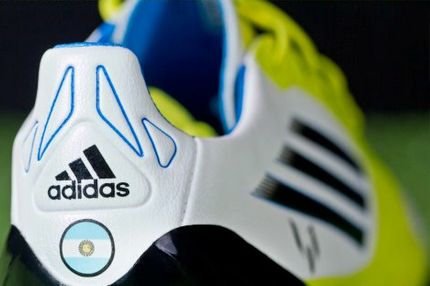 The Ballon D’or holder will be hoping to add to his tally of 4 assists and 2 goals in the Cup this season when the Blaugrana take on Athletic Bilbao at the Vicente Calderón this Friday, and further his incredible 72 goals in 59 appearances for the season.

What do you think the score will be tomorrow night?