After 6 months of launching Leo Messi’s first signature football boot, adidas are back with an all-new colourway for their main F50 man to play in: the Leo Messi adidas F50 adiZero – Turbo / Blast Purple / White.

A striking combination of colours if we’ve ever seen one, these football boots are sure to get the record-breaking forward noticed just that little bit more than usual. 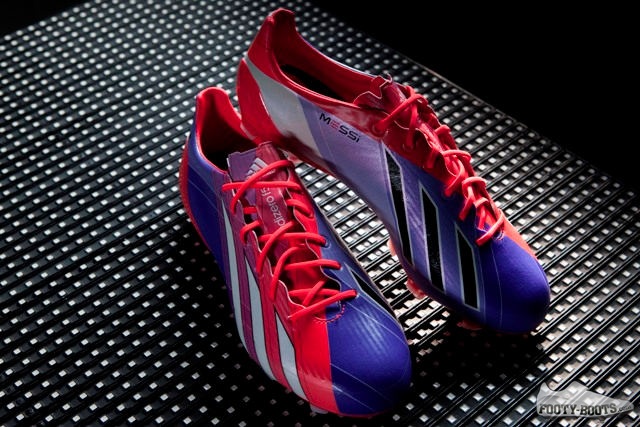 Designed to reflect the energy and dynamism that Messi brings to the pitch, the concept for Messi’s new signature football boots is ‘the speed of light’.

That’s something adidas have tried top capture in these bold colours and fractal graphics that dance across the surface of the boot. 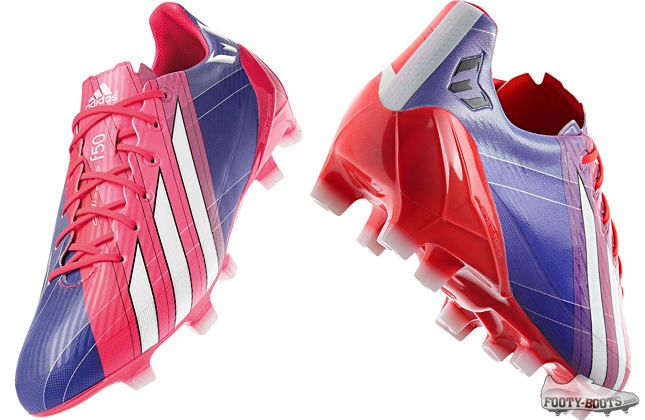 As with the previous Messi-exclusive colourway, adidas have had some fun by inverting the branding on the boot, with the adidas stripes white on the lateral side of the boot and black on the instep.

You’ll also notice Messi’s M-Shield device appears in black and white on the heel of the boots too.

Whilst not set to hit retail until August 1st worldwide, Leo will actually debut his new football boots this weekend.

The Argentine will be taking to pitches across the US this summer in the ‘Messi & Friends’ tour, which will see him team up with Barcelona colleagues and Argentine compatriots to take on a team of international stars and legends from across world football.

As with the last Leo Messi adiZero, much of the technology on the boot remains the same; precision engineered for speed, the adidas F50 adiZero clocks in at 165g per boot, and boasts a new-generation SprintSkin synthetic upper and SprintFrame chassis.

As Leo is a fan of leather boots, this colourway – exclusively in synthetic – features a more naturally-textured finish to other F50′s, for comparative control and feel on the ball.

Since the launch of the last Leo Messi F50, adidas have ramped up the activity around the Barca star to incredible new levels.

After a record-breaking 2012, the @TeamMessi social channels have been in overdrive as the Barcelona ace continues to light up pitches across the world.

Do you think Leo Messi adidas F50 adiZero – Turbo / Blast Purple / White is worthy of one of the best players on the planet right now?

Written By
Kyle Elliot
More from Kyle Elliot
We put the Warrior Supehreat through the Footy-Boots.com review gambit to see...
Read More