Whilst there was much and more going on in the world of football this weekend, one player stole all the headlines by breaking one of the most long-standing records in football. Who else would be capable of it, except Leo Messi? 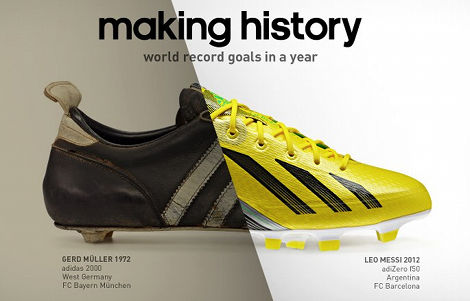 Set by German legend Gerd Muller in 1972, the record of 85 goals in a single calendar year seemed like one that would remain unassailed in our lifetimes.

The modern game is different to the 1970’s; defenders are now as quick and capable on the ball as any midfielder, World Class goalkeepers are in no short supply and matches are played seemingly on fast-forward. 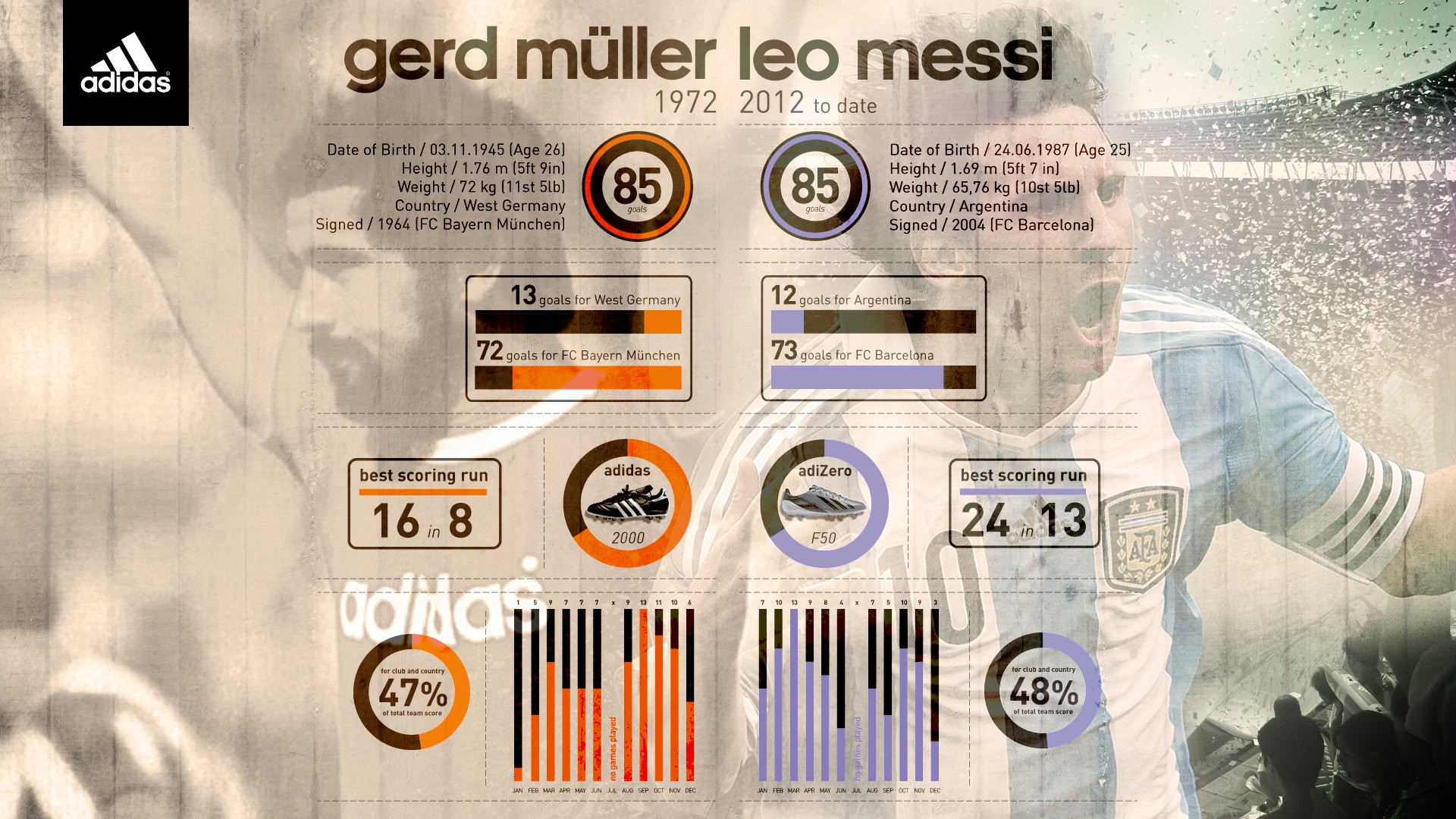 But in spite of all this, against Real Betis last night Argentine international Leo Messi staked his claim as one of the greatest ever players as he racked up his 85th and 86th goals after barely 25 minutes.

adidas have already produced some stunning infographics breaking down Messi’s extraordinary achievements, and we thought we’d join in the celebration too – by acknowledging the F50 adiZero’s that Leo have helped the FC Barcelona star reach this extraordinary tally. 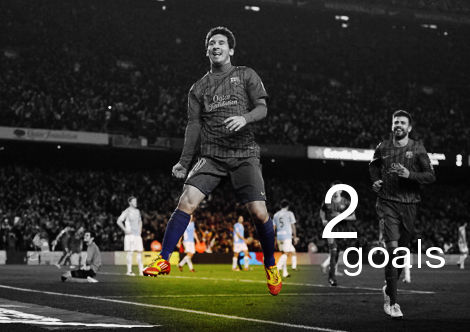 Messi kicked off the year in the eye-catching launch colourway for the first miCoach-compatible football boots, ever. Scoring just two goals in this colourway – both against Osasuna – Messi’s time in this version of the adiZero was cut short by a very special pair of boots… 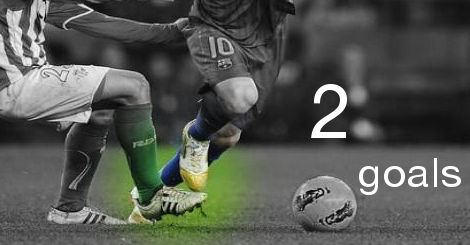 Presented by adidas to their star man after joining the elite club of players to win the Ballon d’Or three times, these custom F50’s were decked out in White and Gold to mark Messi’s latest individual honour. Snapping up a couple of goals in them, Messi said it would be poor form to wear White and Gold boots against Real Madrid, and would instead be debuting… 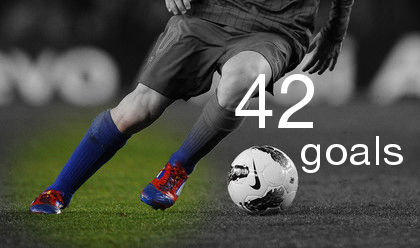 Decked out in the colours of his beloved club, Leo Messi and the Prime Blue / High Energy F50 formed an incredible scoring partnership over the middle third of the season, bagging an incredible 42 goals.

The Rosario native bagged hat-tricks against Malaga (Twice) and Granada, racked up four goals against Valencia and Espanyol and even demolished Atletico with a five-goal haul. adidas, if you’re reading this, you might want to put Messi in a Red and Blue pair of the new adiZeros, stat. 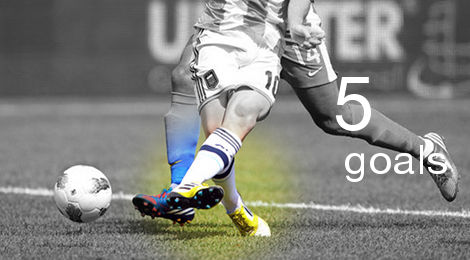 After Barcelona’s unexpected no-show at the Champions League Final in Munich, Messi mostly stuck to wearing this colourway whilst on international duty.

Given Argentina weren’t particularly active over the summer as there was no Copa America or World Cup, this colourway didn’t quite get the pitchtime it deserved – but it will be fondly remembered for Messi’s stunning hat-trick against Brazil in New York; truly a glamour friendly worthy of the title. 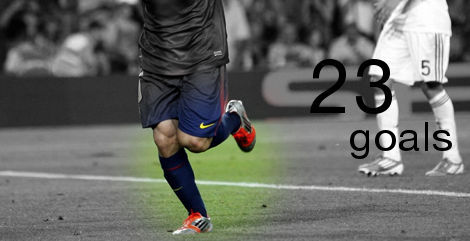 As Argentina kicked on with their World Cup qualifiers and Barcelona got the new season underway, adidas bequeathed their F50 posterboy with another exclusive colourway.

A favourite amongst fans and the player himself, Leo seemed to love scoring free-kicks in this incarnation of the adiZero, with memorable goals against Real Madrid, Uruguay and Paraguay all coming from dead-ball situations in this colourway.

An all-new adiZero for Leo to strut his stuff in, the latest F50 has proven to be one of Messi’s favourites as he’s racked up 12 goals in just 4-and-a-half weeks.

Now the boots that Messi broke Gerd Muller’s record in, adidas’ launch of their latest lightweight cleats couldn’t have been better timed, as they too have secured a small corner of the history books.

Which of the adidas F50’s Messi has worn this year is your favourite?

Written By
Kyle Elliot
More from Kyle Elliot
One of the most exciting talents to come to English shores this...
Read More