Legends of modern football were out in force yesterday as a star-studded UN Team took on a Hamburg SV XI in the UN ‘Match for Poverty’. We took this opportunity to see what football boots some of the greats of the game opted to wear out on to the pitch for this special occasion…

For 90 minutes, the old magic was (partially) renewed as the likes of Luis Figo, Ronaldo and Zinedine Zidane teamed up with still-active superstars like Didier Drogba and Michel Salgado to deliver an absolute goal-fest against a spirited Hamburg SV team.

The game finished at 4-5 to the UN All-Star team, but the real winners were projects on the Horn of Africa, who will benefit from every penny made by the Match Against Poverty. 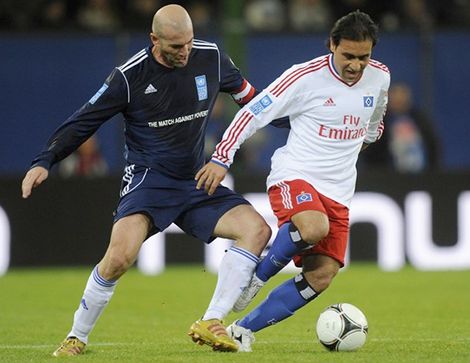 Always one for gold football boots, Zinedine Zidane has evidentially been keeping himself in excellent shape, as he bossed the midfield wearing the signature model of fellow adidas Predator vet – David Beckham. 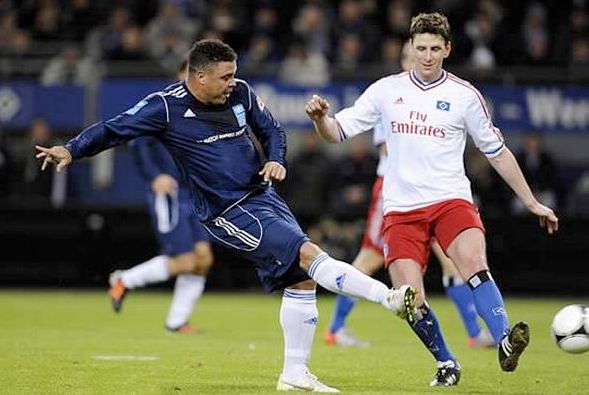 After playing his farewell match with the selecao wearing the new Tiempos, it was hardly surprising to once again see the legendary number 9 done the latest colourway of Nike’s recently-revamped heritage football boots. 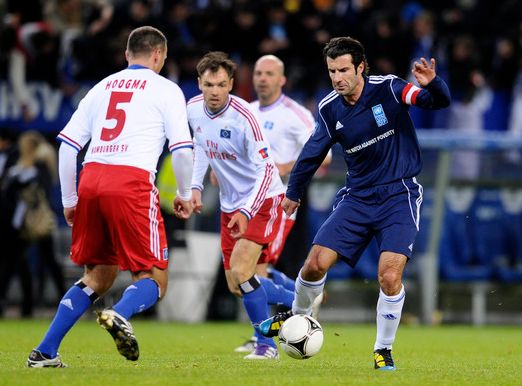 Out lasting image of Portuguese legend Luis Figo is one of him wearing the White/Blue Air Zoom Total 90’s, and it’s great to see him sticking with the T90 range even into his retirement. Even if the football boots themselves couldn’t be more different now! 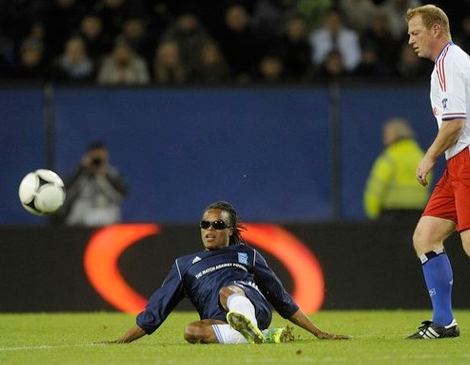 After dallying with the adiPure range when returning to professional football for Crystal Palace last year – Edgar Davids comes home to Nike! Interestingly, ‘The Pitbull’ has opted for the Vapor over the Superfly on this occasion. 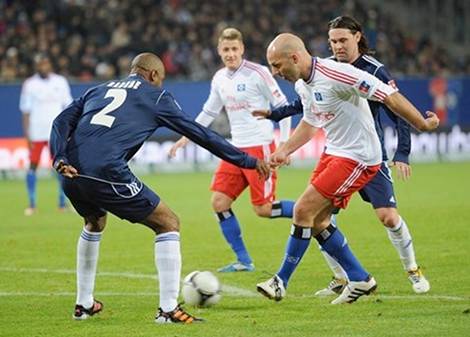 ‘The Chief’ dusted off his football boots once again for defensive duties for the All-Star XI. Having worn Puma and Nike exclusively for his playing career, the former South Africa captain seems to have a soft spot for the new adidas adiPower’s! 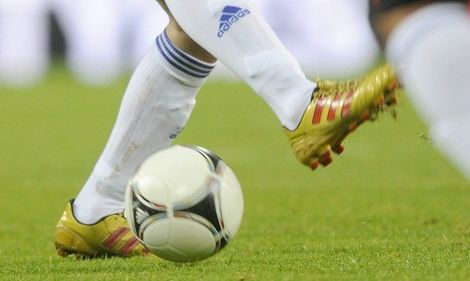 Whilst – yes – it is unusual to point out the ball used for the game, it was good to see a preview of the new Euro 2012 ball in action. With 9 goals in 90 minutes, including an absolute peach from Hamburg’s Rincon, we think it’s already looking promising!

Written By
Kyle Elliot
More from Kyle Elliot
We open up the legendary adidas archive and pick out some of...
Read More