On the pitch, Lee Cattermole is all business, the bustling heart of the Sunderland midfield, controlling the game in his (usually black) Puma King Finale football boots an making life difficult for the opposition.

But when Footy-Boots.com caught up with the Black Cat’s Captain at a Puma media day, he was in a far more casual mood. 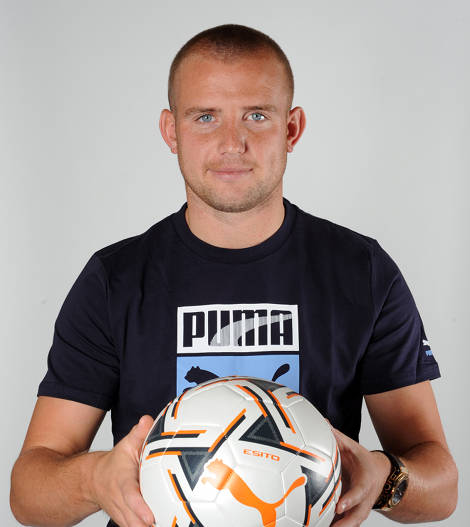 Fresh from starting the season with a 1-1 draw against a new-look Liverpool side, Cattermole was in good spirits. Arriving at Puma’s greenhouse-like offices in Manchester in a pair of cargo shorts and a tee-shirt, everyone was envious of the 23-year-old’s relaxed dress code on a surprisingly hot day.

Settling down for our interview, the former England U-21’s international took a vested interest in the idea of football boots-centric chat, asking questions and giving his own opinions on the boots on display at Puma’s offices – but despite the plethora of neon footwear on offer, Cattermole knows what he prefers on his feet.

“I wore King when I was a kid – that traditional, leather classically styled boot is just me.” No surprises there for a player who has styled himself on a no-nonsense approach similar to many heritage football boots.

But why Puma? Was it the history behind the brand? Another player recommending them? Dare we say, the cash?

“No. It was the boots. Wearing a proper stud is definitely what I like – that’s the way I am!” Insists Cattermole , “When I got chance to wear it, I knew it was the best boot for me as soon as I put it on. I found myself in and out of different boots for the best part of two seasons, but these were just perfect.” 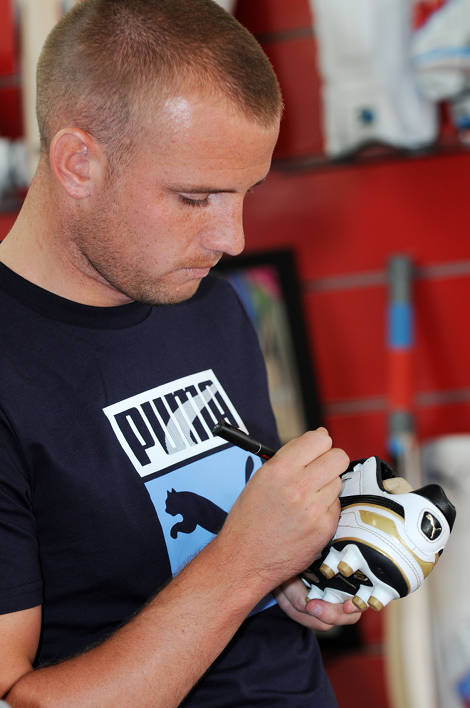 Perfect is a word that’s lost a bit of punch in the footballing footwear industry, given how many players have their boots custom-made to be perfect for a player, but the Defensive-Midfielder’s the same no-frills approach carries over to his customisation,

“Other than cutting the tongue off, which I’ve noticed some of the newer boots don’t have (Lee motions to a top-secret pair of Puma football boots that we won’t see until next year) I wear them straight out of the box. Just the cut that off and I’m ready to go!”

Given that there’s no need for them to be specially made, that essentially means Lee can get on the phone to his Puma rep and ask for new football boots whenever he feels like. But he doesn’t.

“I like to train in the same boot I wear in a game, so I only go through about 4 or 5 pairs a season. I wear ’em til they’re dead!”

As much as players in the Premier League must hate coming up against a pragmatic professional like Cattermole, the more answers Lee gives, it’s clear that he’s the sort of player any amateur would want to be on the same team as. 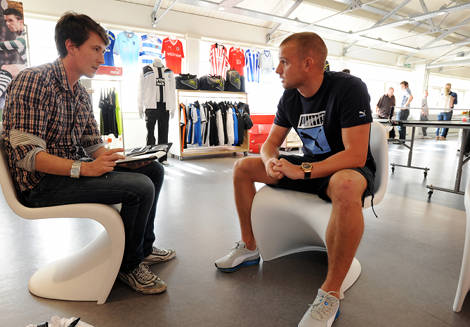 Currently one of the first names on Steve Bruce’s Sunderland team-sheet, Cattermole is stood on the precipice of an exciting time for staff and fans alike at the Stadium of Light.

Still only 23, the Stockton-on-Tees native is into his third season with Sunderland, and has seen the North-Eastern club bring in 9 new faces from far and wide this summer, and is already looking to what many are pinning as a bright future.

“The gaffer’s done great business this summer, we’ve brought in about 9 players and all of them will have a big impact when they get in the team. We had such a good season last year, the gaffer’s shown a lot of faith in the players that had a good year last season, but the two d'butantes that have come in have been magnificent.”

Sunderland impressed on the opening game of the season, going blow-for-blow with big-spending Liverpool, who spent almost as much on Stewart Downing as Sunderland spent on nearly a whole new squad.

But having matched Liverpool and beaten fellow their megabucks club Chelsea last season, Cattermole is insistent bank accounts matter for little once you cross the white line.

“I don’t really think about all that. All you’re aware of is how big a club like Liverpool or Chelsea are and the players that they have got, so it’s good to go there and be able to match them” 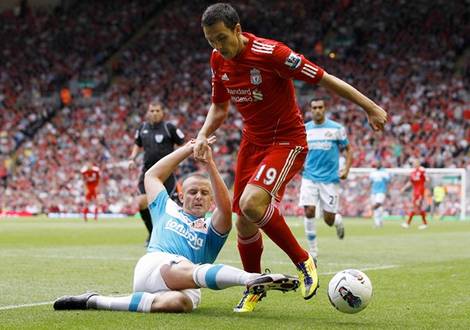 And what of the new arrivals? Who is the captain looking forward to having around him in the Sunderland starting XI?

“What you see in training, Vaughn and Gardender have brought in some really exciting things with the way they play, and Jack Colback has come into midfield and played magnificent.”

“We’ve got a new Korean lad called Ji, and his movement in training is terrific, he’s got a really exciting style of play – he’s a great prospect for the team.”

Bringing players to Sunderland has proven tricky for previous managers, but Sunderland have an ace up their sleeve when it comes to transfers, as they have a manager who everyone wants to play for at the moment. The man who came up through Middlesbrough’s youth system is quick to pay tribute to the manager he followed ‘back home’ to the North East.

“Personally, this is my 4th season working with Steve, going back to Wigan, and he’s been brilliant. I’ve managed to play some good football under him, but also I’ve had some bad injuries these last two years. It’s that faith he’s shown in me, and giving me the armband as well whilst still being so young – you understand why people want to play for him, his man-management is magnificent.” 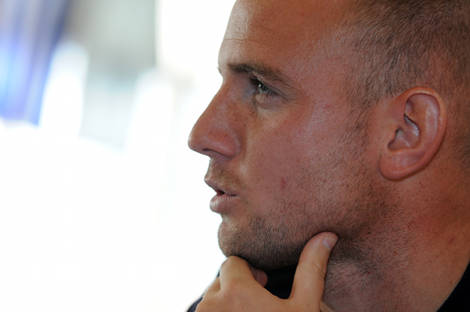 Fans of Sunderland will no doubt be curious as to how Steve Bruce man-manages a player who collected 10 Yellow and 2 Red cards in the 2010 season, but Lee says his managers sees his passionate approach to the beautiful game as a strength, not something to be reigned-in,

“I don’t believe you can teach it, and he recognised that in me at Wigan, he made me captain against Newcastle when I was 20”

“It’s something he’s always seen in me, and he’d never want me to change – even though I got sent off twice last season he knew they were soft sendings-off.” Cattermole continues “He didn’t really talk to me about it afterwards, to be honest. I knew in the dressing room afterwards that I’d let everyone down, and you go get ready for the next game and try to get on with it.”

As one of the exciting new breed of English defensive midfielders, what advice would Cattermole offer to any players looking to boost their prowess in the middle of the park? 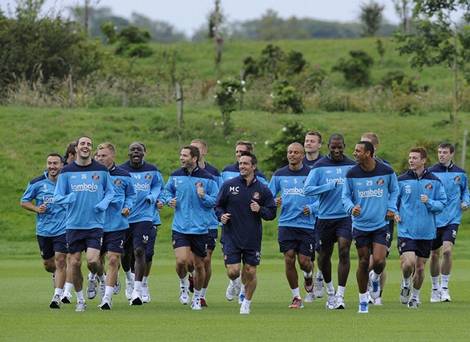 “Believe in your strengths, that’s something I’ve always done. Know what you’re about and play to that. Don’t let yourself get exaggerated by reading in the press that you’ve had a good game.”

“You see other players who come in doing one job, but seem to want to change the way or where they play for some reason. That’s great because you want to improve, but you always believe in your best strength, because every team needs different sorts of players.”

And what about when it comes to football boots?

“Be a bit careful of going for the really light-light boots, you know the plastic-y ones that aren’t real leather? I always look for a strong ankle in the boots I wear, and maybe younger players should look at how much support a boot will give your feet while they’re still growing – not what colours they are.”

Written By
Kyle Elliot
More from Kyle Elliot
Mizuno freshen up the exceptional Morelia Neo with this sleek Black and...
Read More