After three World Cups, and a record 57 Goals, Landon Donovan will play his final game for the USMNT this Friday as the United States take on Ecuador in Connecticut.

To mark the occasion, US-based retailer World Soccer Shop has enlisted the help of the Football Artists Network to create a pair of truly one-of-a-kind football boots that pay tribute to the LA Galaxy star’s career in on the international stage. 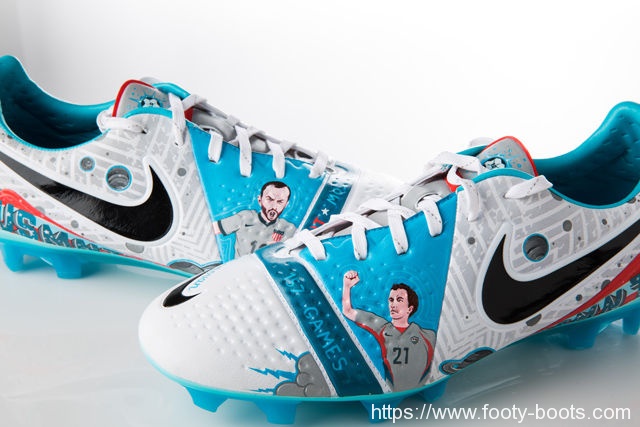 Philadelphia artist and FAN member Chris B. Murray was the man tasked with handpainting these masterpieces (you can see some of the creation process on his Instagram) with the Flash Pack CTR360 III’s as his canvas.

Long-time fans of Donovan will know the one-time Everton loanee is a big fan of the range, and has worn Nike his whole career, making them the perfect base for this project. 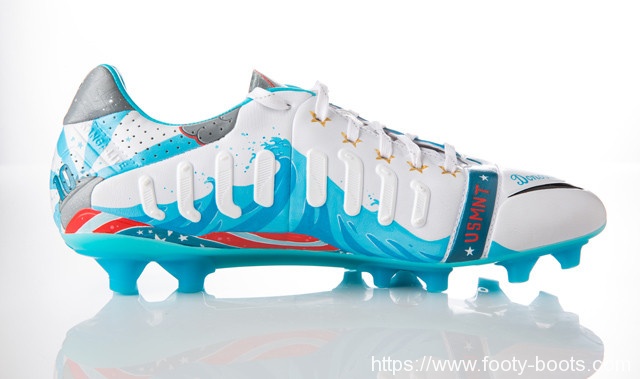 Far from just featuring images of Landon and some Stars and Stripes motifs, the boot is full of neat touches that honour Donovan’s achievements for his country.

Arguably the face of US soccer for over a decade, Donovan leads the way as the USA’s all-time leader in goals with 57, assists with 58, World Cup caps with 12, and 5 World Cup goals – all of which are records you can see honoured on the boot. 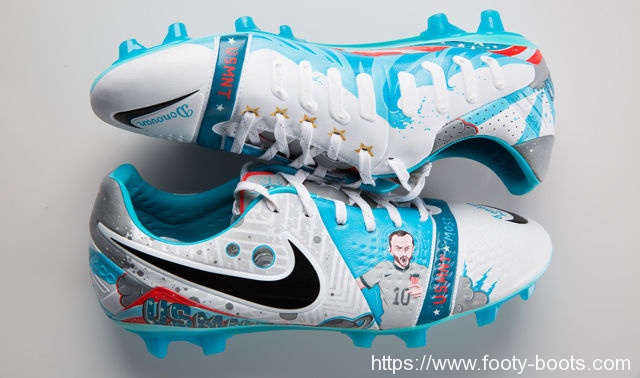 The left boot features Donovan with his #21 jersey from his World Cup debut in 2002 when the tournament was held in Japan & Korea.

Whilst the the right boot boasts Donovan in his #10 jersey from the 2010 World Cup and ‘USMNT Most Goals’ over the toe and ‘Landon’ along the Nike Swoosh. The heels have ‘#10’ and ‘LD’ as finishing touches. 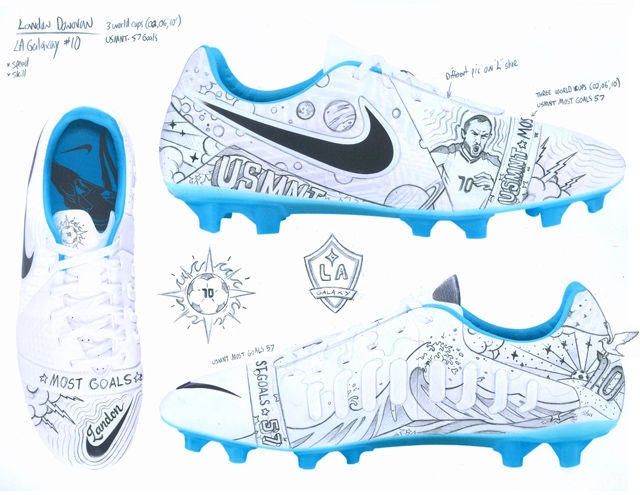 The man himself won’t wear the boots for his final game (though we bet after seeing them he wishes he could). Instead, you could win them in the Sweepstakes being held on World Soccer Shop right now.

Thoughts on these as a crowning glory on Donovan’s career?

Landon Donovan Tribute Boot | WSS x FAN, 8.2 out of 10 based on 16 ratings https://www.footy-boots.com/wp-content/uploads/2014/10/landon-donovan-tribute-football-boots.jpg

Written By
Kyle Elliot
More from Kyle Elliot
We wrap up our look at the adidas Battle Pack with the...
Read More